In the warmth of summertime, songwriter Orpheus and his muse Eurydice are living it up and falling in love. But as winter approaches, reality sets in: these young dreamers can't survive on songs alone. Tempted by the promise of plenty, Eurydice is lured to the depths of industrial Hadestown. On a quest to save her, Orpheus journeys to the underworld where their trust is put to a final test.

Hadestown was performed as a stage production in Anaïs Mitchell's home state of Vermont several times in 2006 and 2007 prior to the 2010 album release. Mitchell described the first incarnation of the show as "a D.I.Y. theatre project." The creative team included primary orchestrator/arranger Michael Chorney and original director/designer Ben t. Matchstick, as well as a cast drawn from local artists in Vermont.

In her search for a director, Mitchell sought out Rachel Chavkin in 2012 after watching a production of Natasha, Pierre & the Great Comet of 1812 directed by Chavkin. The 15 new songs were developed after Mitchell and Chavkin discussed gaps in the album's story line. In the transition from concept album to stage musical, Mitchell wrote an additional 15 songs and added dialogue to clarify the story line and deepen characterization. Michael Chorney created the primary orchestrations and arrangements, with Todd Sickafoose contributing additional/co-arrangements and orchestrations. Hadestown premiered at New York Theatre Workshop for an initial run from May 3 through July 3, 2016, but was later extended due to popular demand through July 31. The production starred Damon Daunno as Orpheus, Nabiyah Be as Eurydice, Amber Gray as Persephone, Patrick Page as Hades, Chris Sullivan as Hermes, and Lulu Fall, Jesse Shelton, and Shaina Taub as the Fates.

Hadestown was presented in an intended pre-Broadway run as part of the 2017-18 season at Edmonton's Citadel Theatre in Edmonton, Alberta, Canada. Rachel Chavkin once again served as director, with performances scheduled for November 11 - December 3, 2017, with Amber Gray and Patrick Page reprising their roles from NYTW. The production was presented in collaboration with Mara Isaacs and Dale Franzen, who produced the Off-Broadway run. The NYTW production was also featured in the award-winning documentary series Working in the Theatre produced by the American Theatre Wing.

Ahead of a 2019 Broadway transfer, Hadestown will be performed in the Olivier Theatre of the National Theatre in London. Making its UK debut, it will run from November 2, 2018 to January 26, 2019. The production team includes Rachel Hauck for scenic design, Michael Krass for costume design, Bradley King for lighting design, Nevin Steinberg for sound design, David Neumann for choreography, and Liam Robinson for musical direction.[10] It's been confirmed that Patrick Page, Amber Gray and Reeve Carney will reprise their performances in the National Theatre production. 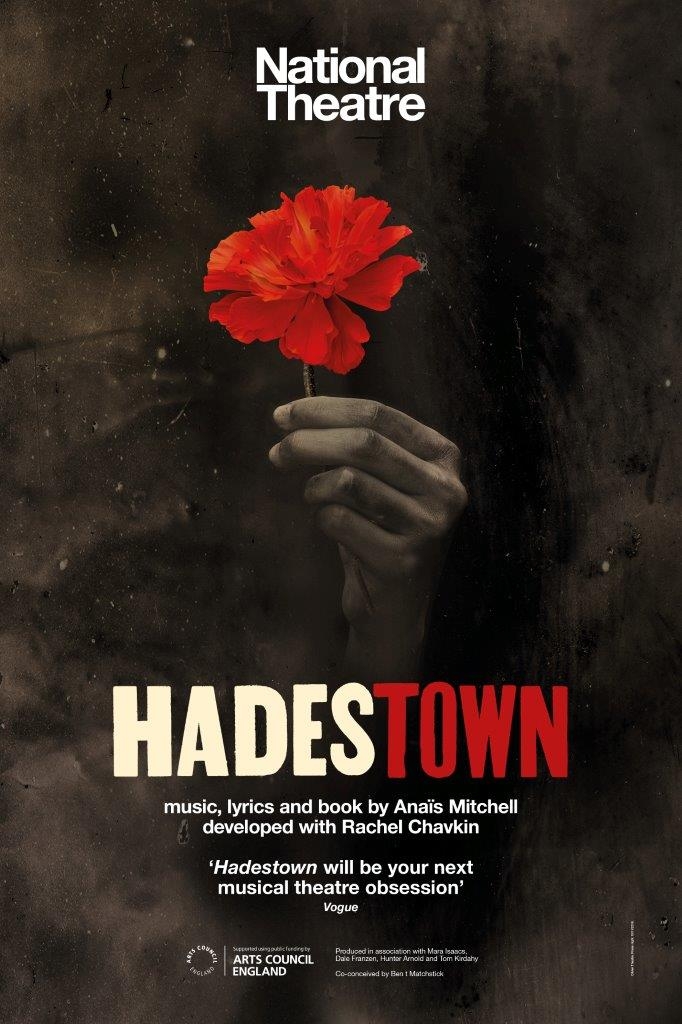 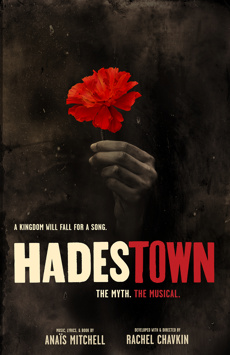 The Broadway transfer of Anaïs Mitchell's celebrated folk opera, co-developed and directed by Tony Award nominee Rachel Chavkin, is expected to begin performances at the Walter Kerr Theatre on March 22, 2019, ahead of an official opening on April 17.