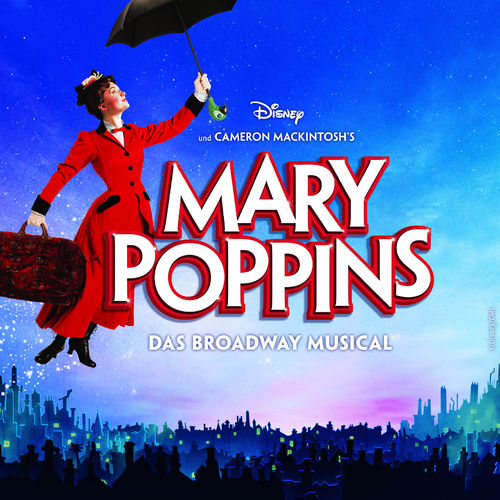 Growing up in London in 1910, the Banks children, Jane and Michael need a nanny, and they write an advertisement to put in The Times stipulating that she must 'have a cheery disposition. Rosy cheeks, no warts. Play games, all sorts.' Of course when she arrives, the games Mary Poppins has in mind are not at all what the children expected, but are nonetheless 'extremely diverting.' 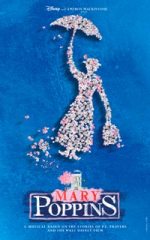 Type de série: Original
Théâtre: Prince Edward Theatre (Londres - Angleterre)
Durée : 3 ans 4 semaines Nombre : 1283 représentationsPremière Preview : lundi 06 décembre 2004Première : mercredi 15 décembre 2004Dernière : samedi 12 janvier 2008Mise en scène : Richard Eyre • Chorégraphie : Matthew Bourne • Producteur : Avec : Laura Michelle Kelly (Mary Poppins), Gavin Lee (Bert), David Haig (George Banks), Linzi Hateley (Winifred Banks), Rosemary Ashe (Miss Andrew), Julia Sutton (Bird Woman), Kevin Williams (Park Keeper)Commentaires : The musical had been re-worked to incorporate more of the original P.L.Travers’ stories than had appeared in the film, and to remove some of the cartoon effects. The children were ruder and more snobbish, Mrs Banks no longer quite so dizzy, Mr Banks more workaholic, and Mary Poppins herself far more eccentric and formidable than Julie Andrews. It played two months of try-outs at the Bristol Hippodrome before moving into the West End. All in all this was more “real” and less “cockneyfied” than the film. It was also a technically awe-inspiring show with its special effects, including Bert tap-dancing up one side of the proscenium arch and then continuing upside-down until descending on the other side, and, of course, Mary Poppins flying over the heads of the audience at the finale.Commentaires longs: It received a triumphant critical reception, won two Olivier Awards (Best Performance in a Musical & Best Choreography), and ran for three years, finally closing on January 12th 2008. (The Broadway production, starring Ashley Brown and Gavin Lee opened in November 2006 and celebrated its fifth birthday in November 2011.) Productions have been mounted in Australia, Sweden, Finland, Denmark, The Netherlands, Hungary, Czech Republic and Canada and have undertaken tours in the UK and USA.Presse : NICHOLAS DE JONGH for THE EVENING STANDARD says, "I never thought in my wildest theatrical fantasies that Walt Disney's syrup mountain of a film...could be worked up into such a sharp, thoughtful stage musical."
THE INDEPENDENT says, "With its magic and chutzpah, it simply blows away the opposition from rival West End musicals, emerging as the year's most joyous, spectacular and heart-tugging show in that genre."
MICHAEL BILLINGTON for THE GUARDIAN says, "For much of the evening it is characterised by a mechanical professional efficiency rather than the quality of ecstasy we all look for in musicals."
BENEDICT NIGHTINGALE for THE TIMES says, "Marvellously fresh adaptation.... Supercalifragilisticexpialidocious — or so I’d say."
SHERIDAN MORLEY for THE DAILY EXPRESS says, "What Mackintosh and his director, Richard Eyre, have done is to restore the human dimension."
QUENTIN LETTS for THE DAILY MAIL says, "This stage version has much much more punch than the adored old film version."
CHARLES SPENCER for THE DAILY TELEGRAPH says, "The stage version of Mary Poppins is heaps better than the movie - funnier, sharper, more inventive and with a far greater variety of mood" 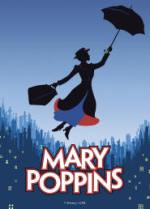 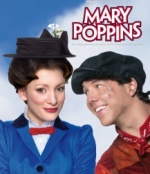 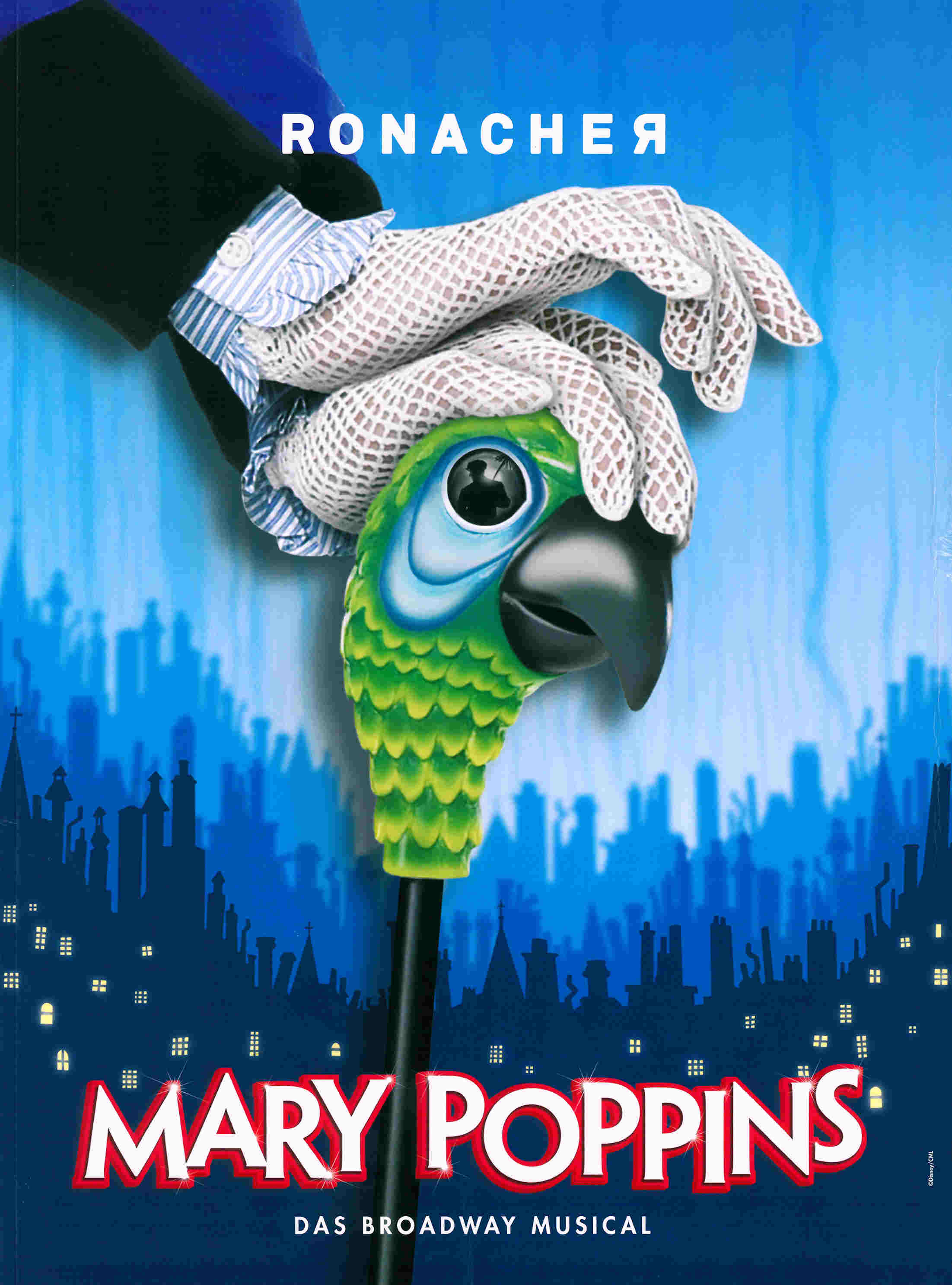 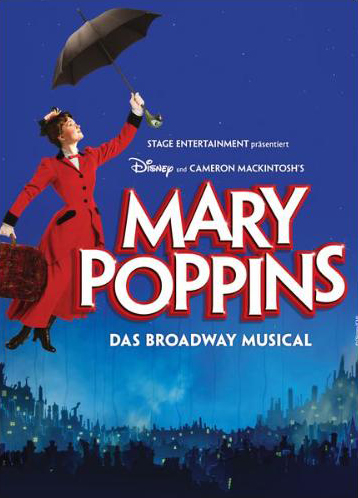 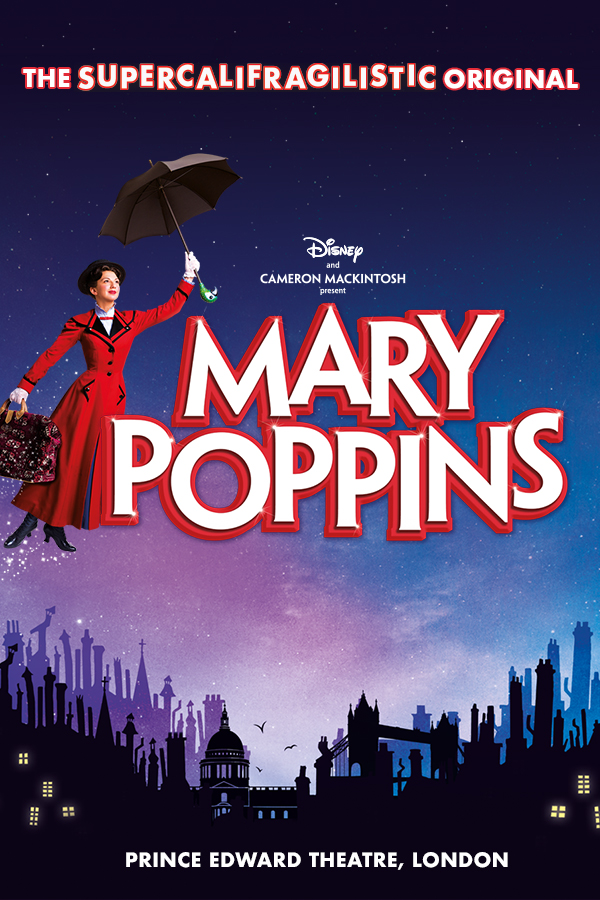