Based on the screenplay by Billy Wilder and I. A. L. Diamond, the original musical version was entitled “Sugar”. In spite of a number of pre-production problems, the show managed to run for 505 performances in New York. This London version originated at the Churchill Theatre, Bromley and was heavily revised, with the emphasis switched from the character of Sugar to the show’s star and director, Tommy Steele. It was also given a new title – the same as the famous film. It was damned by the critics – inevitably known as “Some Like it Luke Warm”. Tommy Steele was forced to withdraw from the cast following an accident, and as a result, the show soon closed, apparently having lost over £2 million.

Act I
When You Meet a Man in Chicago - Sweet Sue and All Girl Band
Penniless Bums - Jerry, Joe and Unemployed Musicians
Tear the Town Apart - Spats's Gang
The Beauty That Drives Men Mad - Jerry and Joe
We Could Be Close - Jerry and Sugar Kane
Sun on My Face - Jerry, Joe, Sugar Kane, Sweet Sue, Bienstock and Ensemble
November Song - Millionaires and Osgood Fielding, Jr.
Sugar - Jerry and Joe

Act II
Hey, Why Not! - Sugar Kane and Ensemble
Beautiful Through and Through - Osgood Fielding, Jr. and Jerry
What Do You Give to a Man Who's Had Everything? - Joe and Sugar Kane
Magic Nights - Jerry
It's Always Love - Joe
When You Meet a Man in Chicago Reprise - Jerry, Joe, Sugar Kane, Sweet Sue, All Girl Band and Chorus Line

In his review of the Broadway production, Time theatre critic T.E. Kalem thought the musical "has been so thoroughly processed, refined and filtered that it has lost the natural energy that makes a good musical strong and healthy." He added, "If hummable songs are a plus, Jule Styne's songs are hummable, though you may not know quite which homogenized number you are humming. As for Bob Merrill's lyrics, they are the labored products of a man hovering over a rhyming dictionary. Sugar is almost a textbook case of a musical born after its time. It may well enjoy great wads of audience favor. But in the past three years, Company and Follies have altered the critical perspective by providing a musical form that is spare, intelligent, ironic, mature and capable of sustaining three-dimensional characters." He concluded, "This is not to say that the big, old-fashioned musical is irrevocably doomed, but it must have a singular mood, manner and meaning all its own. Otherwise, all that remains, as Sugar indicates, is a sterile display of high-gloss techniques.

Dyan McBride, director of a 2012 San Francisco production of the musical, noted in an interview that "Written in 1972, Sugar really has one of the last Golden Age of Broadway scores.... You can feel contemporary Broadway starting to come.... This is not a rock 'n' roll score; this is really a jazzy score. But you can start to hear things changing; there's a little bit of lounge, and you can hear some Bob Goulet." 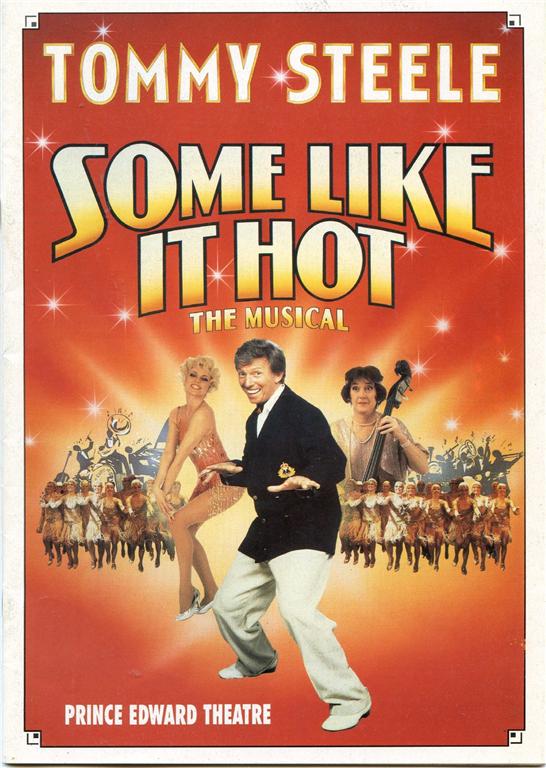 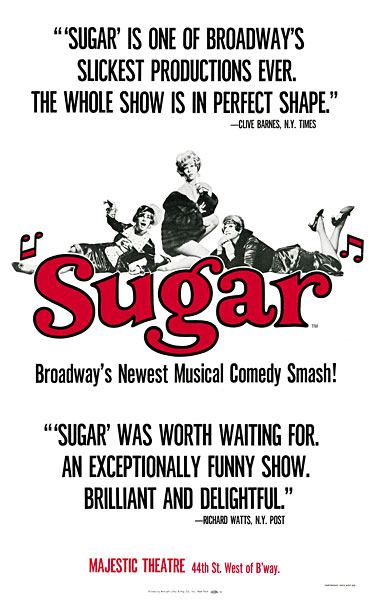