Arthur Freed, the head of the "Freed Unit" at MGM responsible for the studio's glossy and glamorous musicals, conceived the idea of a movie based on the back catalog of songs written by himself and Nacio Herb Brown, and called in Betty Comden and Adolph Green from New York to come up with a story to tie the songs together and to write the script. Comden and Green first refused the assignment, as their agent had assured them that their new contract with MGM called for them to write the lyrics to all songs unless the score was by Irving Berlin, Cole Porter, or Rodgers and Hammerstein. After a two-week hold-out, their new agent, Irving "Swifty" Lazar, having looked over the contract, told them that the clause had been entirely an invention of their previous agent, and that there was no such language in the contract. After hearing this, Comden and Green began working on the story and script.

Because many of the songs had originally been written during the time when silent films were giving way to "talkies", and musicals were popular with audiences, Comden and Green came up with the idea that the story should be set during that transitional period in Hollywood, an era they were intimately familiar with. When Howard Keel was mentioned as the possible lead, they tried to work up a story involving a star of Western films who makes a comeback as a singing cowboy, but they kept gravitating to a story about a swashbuckling romantic hero with a vaudeville background who survives the transition by falling back on his abilities as a song-and-dance man, a story which Gene Kelly was well-suited for.

Kelly could not be approached at the time, as he was deeply immersed in An American in Paris (1951), which he was co-choreographing with Stanley Donen, and in which he was starring. Comden and Green continued to work on the script, and had at that time three possible openings for the film: a silent movie premiere, a magazine interview with a Hollywood star, and a star-meets-girl, star-loses-girl sequence. Unable to decide which to use or how to proceed, they had just decided to return their advance to MGM and admit defeat, when Betty Comden's husband arrived from New York and suggested that they combine all three openings into one. The script with the re-written opening was approved by Freed and by MGM's head of production Dore Schary, who had recently replaced Louis B. Mayer.

By this time shooting on An American in Paris had completed, and Freed suggested that Kelly be given the script to read. Kelly and Donen responded enthusiastically, and immediately become involved in re-writes and adjustments to the script. Comden, Green, Kelly, and Donen were all old friends, and the process went smoothly. Besides the Freed-Brown songs, Comden and Green contributed the lyrics to "Moses Supposes", which was set to music by Roger Edens. Shortly before shooting began, "The Wedding of the Painted Dolls", which Comden and Green had "painfully wedged into the script as a cheering-up song" was replaced with a new Comden / Green song, "Make 'Em Laugh".

After Comden and Green had returned to New York to work on other projects, they received word that a new song was needed for a love-song sequence between Kelly and Debbie Reynolds. The original had been a song-and-dance medley involving different sets in different soundstages on the studio lot, but they were asked for a romantic love song set in an empty sound stage, and it was needed immediately. Comden and Green provided such a scene for "You Are My Lucky Star" and sent it off to Hollywood. 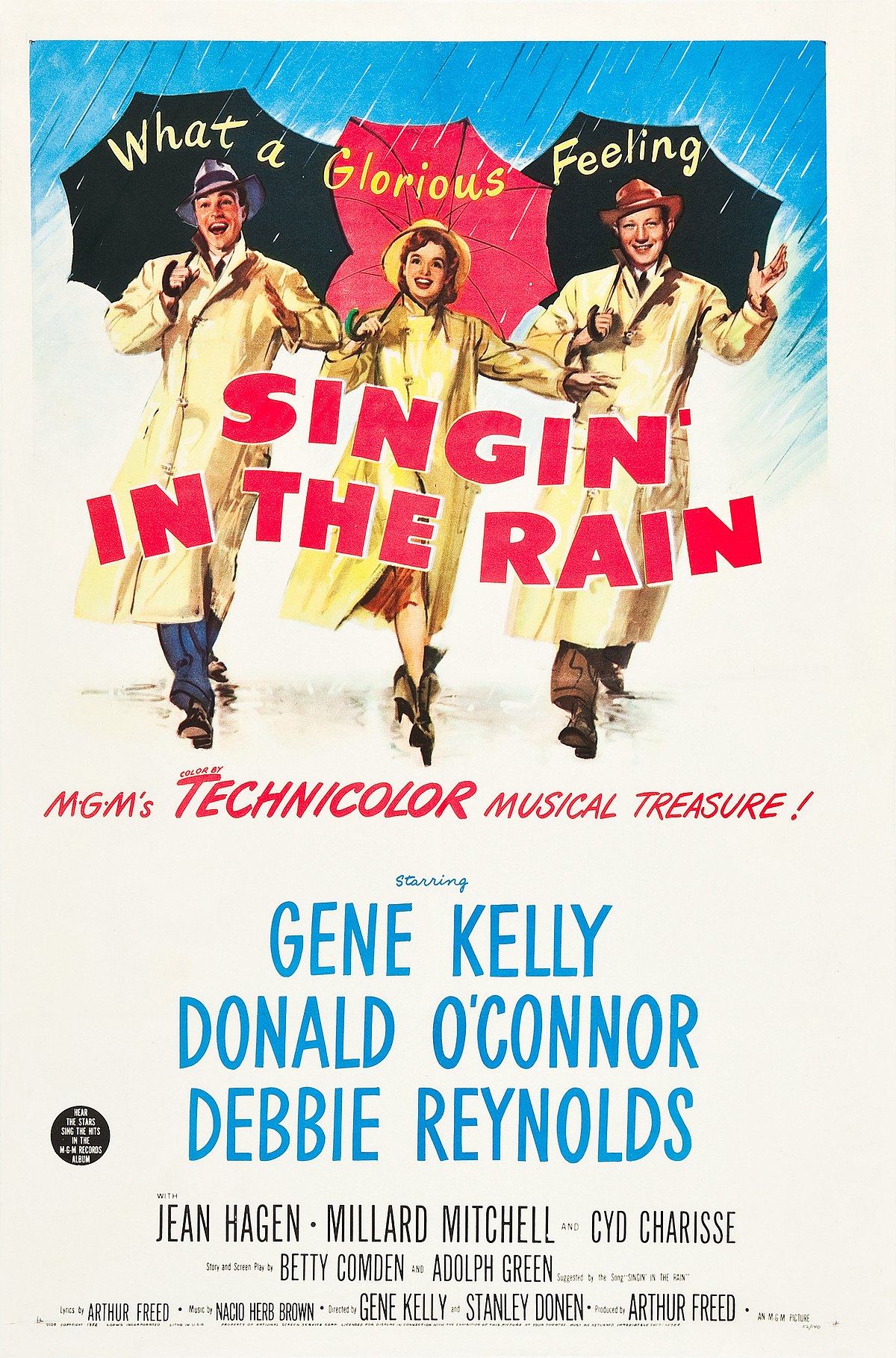