Mack and Mabel deals with the complex relationship between Max Sennet, a temperamental, workaholic film director and Mabel Normand, a waitress who became one of his biggest stars. In a series of flashbacks, Sennett recalls the time he discovered Mabel back in 1911, her rise to stardom, their love affair, when she leaves him to work for the “serious” director W.D. Taylor and finally, her tragic death from a heroine overdose. In the end, Sennet creates his own happy ending plotting a scene in which he and Mabel marry.

Ed Lester, the director of the Los Angeles Civic Light Opera, suggested the project to Jerry Herman, who then involved Michael Stewart. David Merrick agreed to produce, and Gower Champion was engaged to direct and choreograph. Although Champion had initially declined the offer, he eventually accepted, especially when it was decided to hold the pre-Broadway tryouts in California. Robert Preston was hired as Mack. For the role of Mabel, several actresses were engaged and then let go, including Marcia Rodd and Kelly Garrett, before the young Bernadette Peters finally joined the cast.

Pre-Broadway tryouts
Mack & Mabel opened in pre-Broadway tryouts in San Diego on June 17, 1974[2] and then Los Angeles, with brisk box office sales in both cities. According to The New York Times, " 'Mack and Mabel' has been doing rather better than its probable guarantee [in Los Angeles] – up to $150,000 in its final seven-day period." The musical received reviews that ranged "from fair to phenomenal in San Diego, Los Angeles, and St. Louis". The Los Angeles reviews were "encouraging but guarded", and warned "of the excessive comic sequences, uneven book, and, most especially, the dark ending." Buoyed by the critical response and initial public enthusiasm for the show, Herman and company ignored a number of warning signs. Neither Sennett nor Normand was a particularly lovable character, and their story was darker than that usually found in a musical. Preston (as Sennett) was too old for Peters (Mabel), and their characters lacked chemistry. Champion devised a number of eye-catching visual effects and spectacular dance sequences set to Philip J. Lang's orchestrations, but their brightness proved to be too great a contrast with the somber mood of the piece. His concept of setting the action in the corner of a huge studio soundstage created problems with the set and limited the staging to the extent that it was seen as static and boring. Audiences "were not ready for a down-beat saga about a cocaine-sniffing movie queen."

Efforts were made to resolve the problems at The Muny in St. Louis, where the musical ran for one week starting August 19, 1974, but this venue was a "terrible mistake". Because The Muny was so large, the performers overplayed and pulled the show out of shape. By the Washington, D.C. Kennedy Center engagement, "nothing was working", and Champion changed the staging of scenes that had previously worked. Richard Coe in his The Washington Post review stated that it had landed at the Kennedy Center "with all the zip of a wet, very dead flounder."

Broadway
The musical opened at the Majestic Theatre on Broadway on October 6, 1974, and closed on November 30, 1974 after 66 performances and 6 previews. Scenic design was by Robin Wagner, costume design by Patricia Zipprodt, and lighting design by Tharon Musser. In addition to Preston and Peters, the cast featured Lisa Kirk as Lottie Ames and James Mitchell as William Desmond Taylor.

Despite only fair reviews and the short run, the show received eight Tony Award nominations: for Best Musical, the book, direction, choreography, lead actor, lead actress and designs but did not win any. Herman, whose melodic score had received the best notices, was not nominated. He was deeply disappointed, since the project had been one of his favorites (and remains so), and he felt producer David Merrick had done little to promote it, saying "He never invested in advertising. He never came to the theatre." Despite its failure, the show has developed a cult following. 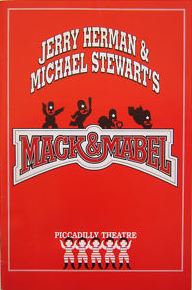 Type de série: Revival
Théâtre: Piccadilly Theatre (Londres - Angleterre) Durée : 7 mois 3 semaines Nombre : 270 représentationsPremière Preview : mardi 24 octobre 1995Première : mardi 07 novembre 1995Dernière : samedi 29 juin 1996Mise en scène : Paul Kerryson • Chorégraphie : Michael Smuin • Producteur : Avec : Howard McGillin (Mack), James Smillie (Mack à partir de février), Caroline O'Connor (Mabel), Kathryn Evans (Lottie), Jonathan D. Ellis (Frank), Philip Herbert (Fatty), Graham Hubbard (Kleinman), Alan Mosley (Fox), Julia Parrott (Ella), Ray Scott-Johnson (William Desmond Taylor)Commentaires : This had been a spectacular two month flop on Broadway in 1974, despite leading stars Robert Preston and Bernadette Peters, directed by Gower Champion. It had occasional touring and stock revivals in America but seemed unlikely to come to the West End. In 1984 the Olympic ice skaters Torvill and Dean used the overture as music for their gold-medal winning performance, and then the radio disc-jockey David Jacobs began promoting the album, claiming, quite rightly, it was one of the very best and most ignored of musical scores. Finally, 21 years after its Broadway premiere, a production was mounted at Leicester Haymarket and brought into the West End. The book had been revised to create a happy ending (in the original Mabel Normand died), and some new songs were added, but the book proved to be the problem. The songs were great, yet the show didn’t really hang together. It managed a seven month run during which Howard McGillan was replaced with James Smillie. 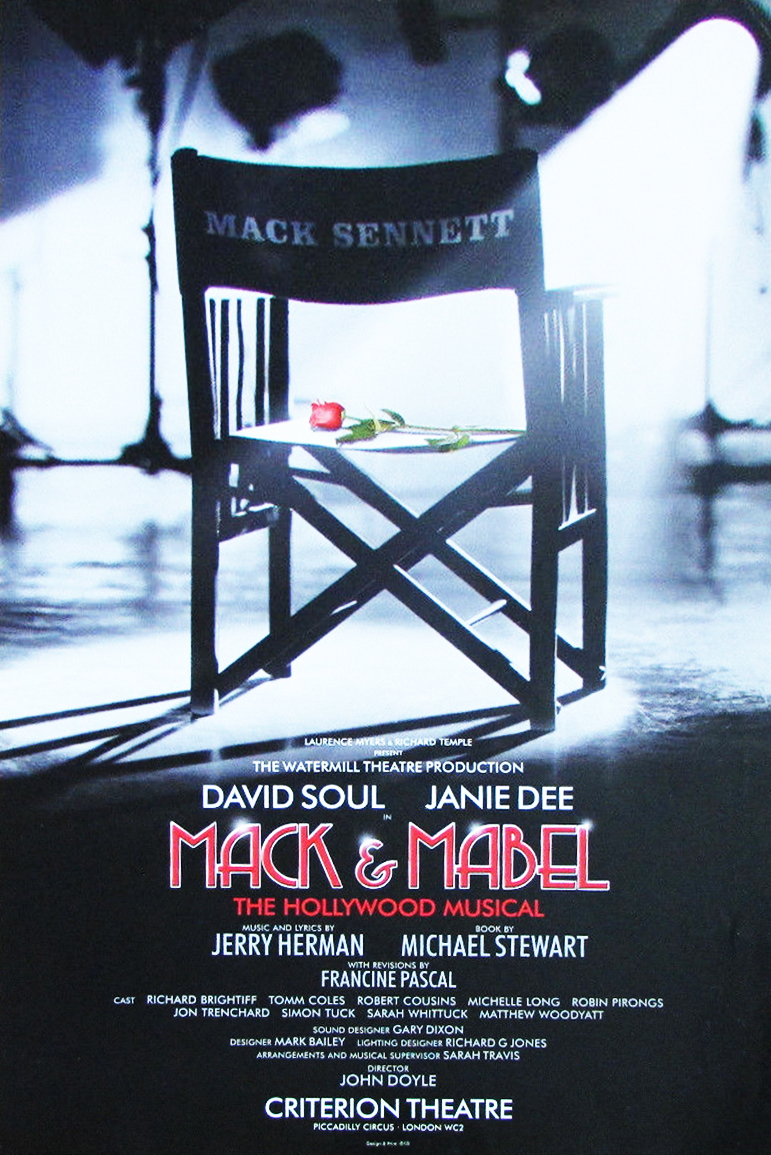 Type de série: Revival
Théâtre: Criterion Theatre (Londres - Angleterre) Durée : 2 mois 3 semaines Nombre : 96 représentationsPremière Preview : mercredi 05 avril 2006Première : lundi 10 avril 2006Dernière : samedi 01 juillet 2006Mise en scène : John Doyle • Chorégraphie : Producteur : Avec : David Soul (Mack Sennett), Janie Dee (Mabel Normand), Sarah Whittuck (Lottie ), Matthew Woodyatt (Fatty Arbuckle), Richard Brightiff, Tomm Coles, Robert Cousins, Michelle Long, Robin Pirongs, Jon Trenchard, Simon TuckCommentaires : This was another of John Doyle’s experiments where the 11-strong cast accompany themselves, doubling as musicians. While this has been very successful in the case of “Sweeney Todd”, it didn’t work for numbers like “Tap Your Troubles Away”, which seemed lost without a stage full of tap-dancing chorines. There was praise for David Soul and Janie Dee, but generally the critical reaction was that the production looked too cut down and done on the cheap. It had originated at the Watermill Theatre for a three month run in March 2005 and was then revived for a national tour from January 2006. Its return to the West End survived just twelve weeks.Presse : NICHOLAS DE JONGH for THE EVENING STANDARD says, "Elegantly down-sized revival...emerges as no more than a set of Herman's poignant or jauntily old-fashioned songs."
MICHAEL BILLINGTON for THE GUARDIAN says, "Not even the combined talents of Janie Dee and David Soul can lift John Doyle's simplifed staging ...above the status of a mild curiosity."
CHARLES SPENCER for THE DAILY TELEGRAPH says, "It is a superbly tuneful and touching piece."
BENEDICT NIGHTINGALE for THE TIMES says, "The first half is enjoyable enough, but the second seems rushed and muddled and the ending reeks of Broadway wishfulness."