Harriet Green, a music hall star of the Edwardian period, has given birth, out of wedlock, to a daughter. Harriet flees to South Africa to raise her daughter away from the spotlight. The years pass, and now her daughter, Harriet Hawkes, returns to London to try to get into show business. A publicity man, Tommy, sees that young Harriet is a dead ringer for her famous mother and convinces a theater producer to star her in a new revue as a miraculously youthful Harriet Green. The public believes the ruse and believes that Tommy is her son. This leads to complications, because Harriet and Tommy fall in love.

RKO, Fred Astaire's Hollywood studio, prevented Balcon from engaging Astaire, who was then appearing in The Gay Divorce at London's Palace Theatre, and wanted to appear with Matthews. Contemporary reviews commented that such a partnership would be popular with critics and public.[3]

Even though Matthews was at the peak of her popularity at the time, she was near to a mental breakdown during the making of the film.[4] She credits director Victor Saville in her autobiography Over My Shoulder with giving her the support needed to complete the filming.

"Harlemania"
"Doing a Little Clog Dance"
"Dear, Dear"
"Nobody Looks at the Man"
"Waiting for the Leaves to Fall"
"No Place but Home"
"The Lion King"
"Quand Notre Vieux Monde Etait Tout Neuf"
"La Femme a Toujours Vingt Ans!"
"The Colour of Her Eyes"
"In the Cool of the Evening"
"Dancing on the Ceiling"
"Je M'en Fiche du Sex Appeal!"
"Hot Blues"
"If I Give in to You"

Billed as a revue although there was a connecting narrative.

In the 30s, the English Jessie Matthews, with her big, rabbity smile, her satin pajamas, and her famous long-legged high kicks, was the closest female equivalent to Fred Astaire. Musical-comedy lovers used to dream of a pairing of the two, but, except for Rogers, he was likely to be stuck dragging girls like Joan Leslie through their paces, while Jessie Matthews stayed in England and had to carry her movies by solos, or by comic turns with Sonnie Hale. Here (with Sonnie Hale) she dances exquisitely in a classic British musical—i.e., charming but a little extended, and less snappy, noisy, and brash than American musicals of the same period. She plays a double role—mother and daughter. Victor Saville directed, from an often witty script by Emlyn Williams and Marjorie Gaffney, based on Benn W. Levy's play. 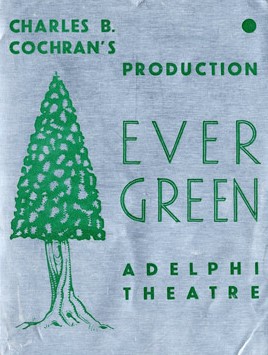 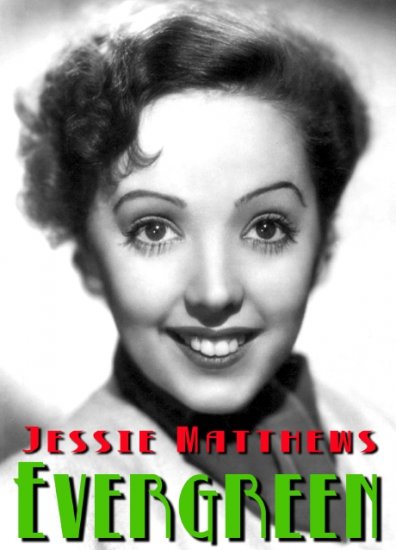 Success in America resulted in MGM making an offer of a big Hollywood role which Gaumont British would not release her to as she was too valuable to the British studio.