Backstage story about a white producer's misguided effort to create a musical based on a play written by a black author.

The creators hoped that the backstage story about the making of a musical would cash in on the success of A Chorus Line as well as the popularity of the black-themed musical, including Brown's own The Wiz, which was still running at the time. But Brown's much-criticized book is a clichéd spoof of show business lawyers, idealistic young playwrights, glitzy Las Vegas performers, blue-haired matinée ladies, and the black-themed musical itself. The Wiz proved to be Brown's only success.

Following a dismal October–November tryout with Helen Gallagher and Julius LaRosa at the theatre in the Riverside Church in Morningside Heights, the producers fired most of the cast and creative personnel, including director/choreographer George Faison. Gower Champion was called in to rescue the Broadway-bound production with only a month to go, but he feared that the show's defects were too serious to remedy and insisted on receiving a "Production supervised by" credit only.

Julius Novick of The Village Voice called it "the best Broadway musical since Platinum," a disaster that had opened the month before. Critic and theatre historian Ken Mandelbaum has described the show as "a genuine turkey... hopeless... [a] well-meaning but fatally underpowered evening. The Charles Strouse-Lee Adams score had its moments...."

A cast album was recorded before an audience during a live performance in December 1978. 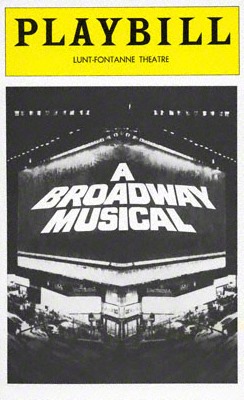