Genèse: The 1954 Marc Blitzstein adaptation of The Threepenny Opera, which ran for six years, showed that musicals could be profitable off-Broadway in a small-scale, small orchestra format. This was confirmed in 1959 when a revival of Jerome Kern and P. G. Wodehouse's Leave It to Jane ran for more than two years. The 1959-1960 Off-Broadway season included a dozen musicals and revues including Little Mary Sunshine, The Fantasticks, and Ernest in Love, a musicalization of Oscar Wilde's 1895 hit The Importance of Being Earnest. Early productions The play's first version was as "Joy Comes to Deadhorse" at the University of New Mexico in 1956. After substantial rewriting, it appeared on a bill of new one-act plays at Barnard College for one week in August 1959. Original off-Broadway production The Fantasticks premiered at the Sullivan Street Playhouse, a small off-Broadway theatre in New York City's Greenwich Village, on May 3, 1960, with Jerry Orbach as El Gallo, Rita Gardner as Luisa, Kenneth Nelson as Matt, and librettist Tom Jones (under a pseudonym) as the Old Actor, among the cast members. The sparse set and semicircular stage created an intimate and immediate effect. The play is highly stylized and combines old-fashioned showmanship, classic musical theatre, commedia dell'arte and Noh theatrical traditions. The original production was directed by Word Baker and was produced on a very low budget. The producers spent $900 on the set and $541 on costumes, at a time when major Broadway shows would cost $250,000. The original set designer, costumer, prop master, and lighting designer was Ed Wittstein, who performed all four jobs for a total of only $480 plus $24.48 a week. The set was similar to that for "Our Town"; Wittstein designed a raised stationary platform anchored by six poles. It resembled a traveling players' wagon, like a pageant wagon. As for a curtain, he hung different small false curtains across the platform at various times during the play. He also made a sun/moon out of cardboard. One side was painted bright yellow (the sun) and the other was black with a crescent of white (the moon). The sun/moon was hung from a nail in one of the poles and is referred to in the libretto. The orchestra consists of a piano and sometimes also a harp, with the harpist also sometimes playing some percussion instruments. The production closed on January 13, 2002 after 17,162 performances. It is the world's longest-running musical and the longest-running uninterrupted show of any kind in the United States. Notable actors who appeared in the off-Broadway and touring production throughout its long run included Liza Minnelli, Elliott Gould, F. Murray Abraham, Glenn Close, Keith Charles, Kristin Chenoweth, Bert Convy, Eileen Fulton, Lore Noto (the show's long-time producer), Dick Latessa, and Martin Vidnovic. 1961 and 1990 London productions The musical ran at London's Apollo Theatre from September 7, 1961 and ran for 44 performances. In 1990, another production was given in London's Regent's Park at the Open Air Theatre there. Off-Broadway revival On August 23, 2006, a revival of The Fantasticks opened at the off-Broadway Snapple Theater Center, New York City where it continues to run. It was directed by lyricist Jones, who also appeared in the role of Henry, The Old Actor, under the stage name Thomas Bruce. The original cast of the revival also included Burke Moses, Leo Burmester, Martin Vidnovic, Santino Fontana and Sara Jean Ford, with Dorothy Martin at the piano and Erin Hill at the harp. A cast recording of this production was released by Ghostlight Records. Anthony Fedorov assumed the role of Matt from May through July 2007. Margaret Anne Florence played Luisa from July through December 2008. Lewis Cleale played El Gallo between 2008 and 2010 Tom Jones left the cast in 2010, after the musical had celebrated its 50th anniversary. Pop star Aaron Carter joined the cast as Matt in November 2011. In memory of the original El Gallo, the theatre in which the revival is performed has been renamed the Jerry Orbach theatre. Washington DC Production The musical was presented by the Arena Stage in Washington DC from November 20, 2009 to January 10, 2010, at the Lincoln Theatre. The well-received production replaced the conventional "mysterious bandit" interpretation of El Gallo with a kindly carnival magician character. Washington Post theatre critic Peter Marks wrote, "they have been reconditioned to conceal the telltale signs of age and yield a diversion that feels fresh and alive again". 2010 West End production The Fantasticks played for a short period in London's West End at the Duchess Theatre, opening on June 9, 2010, following previews from May 24, 2010. The production was directed by Amon Miyamoto, designed by Rumi Matsui with lighting by Rick Fisher and starred Clive Rowe, Edward Petherbridge and David Burt. The production received mostly poor reviews. Critic Michael Billington, for example, wrote, "the time for this kind of faux-naïf, sub Commedia dell'Arte diversion has passed". The musical closed on June 26, 2010, less than three weeks into its run; it had been booking to September 5.

Résumé: The action is based on the universal observation that love can remain a somewhat shallow thing until people have suffered a little. The fathers of the young lovers, Louisa and Matt, deliberately make things difficult for them in order to bring them closer together, and even arrange a mock abduction which allows the boy to rescue the girl from fake bandits, who are " ham " actors hired for the purpose from the Spaniard, El Gallo, who is somewhat a personification of Destiny. When the lovers discover the whole thing was contrived, discontent sets in and they have to be really hurt before they can treasure one another. El Gallo takes them on a series of escapades, which fulfils their vain ambitions until the necessary point of disillusion is reached, and they are able to understand that their true interest lies in one another. It is then they sing They Were You, followed by the entire Company in a reprise of Try To Rememeber for the final curtain. 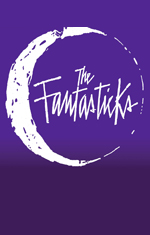