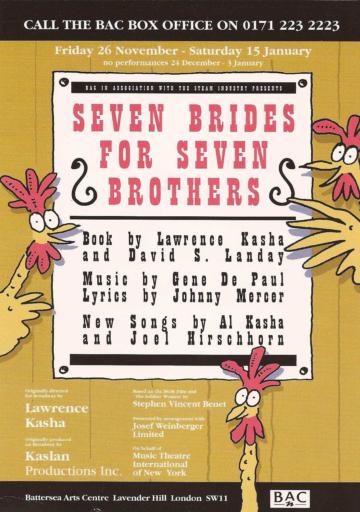 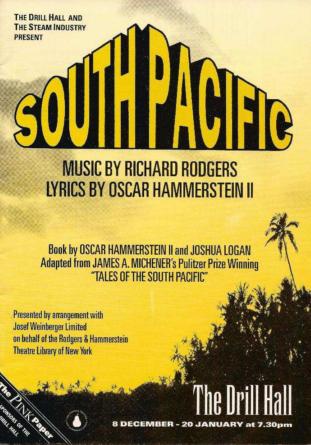 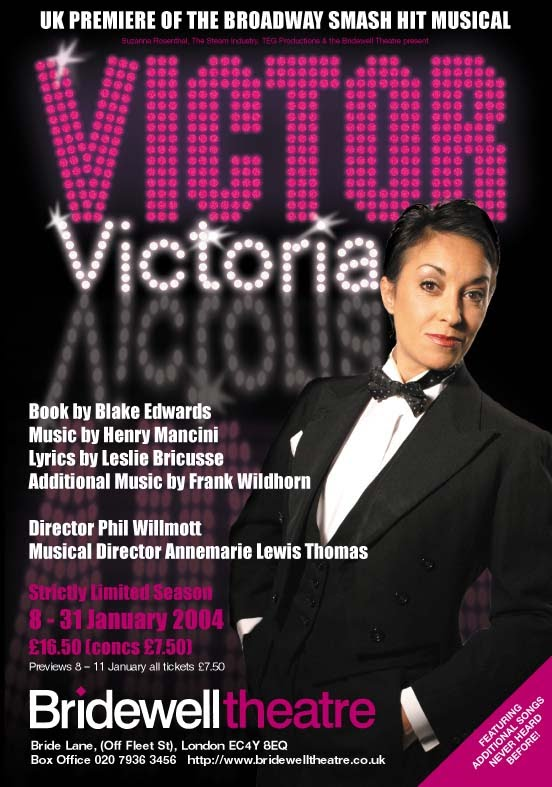 Type de série: Revival
Théâtre: Bridewell Theatre (Londres - Angleterre) Durée : 2 semaines Nombre : Première Preview : Tuesday 13 January 2004Première : Tuesday 13 January 2004Dernière : Saturday 31 January 2004Mise en scène : Phil Willmott • Chorégraphie : Jack Gunn • Producteur : Avec : Ria Jones (Victoria), Christopher Holt (Toddy), Mark Halliday (King Marchan), Stewart Alexander (Squash), Emma Barton (Norma), Matthew DainesCommentaires : Originally a 1933 German play “Viktor und Viktoria” by Rheinhold Schunzel, the first English version was the 1935 Jessie Matthew film, “Just a Girl”. Blake Edwards re-made the film in 1982 with music and lyrics by Henry Mancini and Leslie Bricusse, and with his wife, Julie Andrews in the lead. In 1995 he adapted this into a Broadway musical, again starring Julie Andrews. Extra songs were needed and Mancini and Bricusse started work on the project, but sadly Mancini died, and newcomer Frank Wildhom completed the score. It opened in New York in October 1995 and ran for 734 performances. Julie Andrews was nominated for a Tony but rejected the nomination because, as she explained in a curtain speech, “However, flattered as I am, and honoured to be nominated, I have to say how deeply sad I am to be the only nominee in this extraordinarily gifted company.” However, Julie Andrews and the show received and won several other awards from the Drama Desk and Outer Circle critics. Julie Andrews stayed with the show for almost two years, during which she took a short holiday when Liza Minelli stood in. A great scandal ensued when the leading man walked out in protest at Minelli’s poor performance. When Julie Andrews finally left the show in June 1997 she was replaced with Raquel Welch, but without its legendary star, the show came off very quickly.