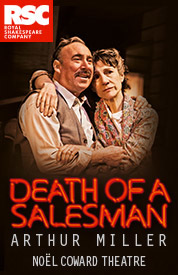 "What Gregory Doran’s production captures so well is the wrenching cycle of false hope and disappointment that powers the Loman household." Fiona Mountford for The Evening Standard 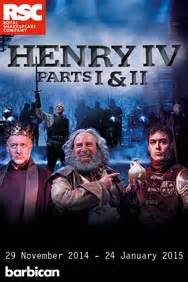 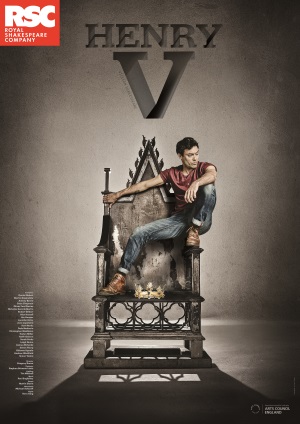 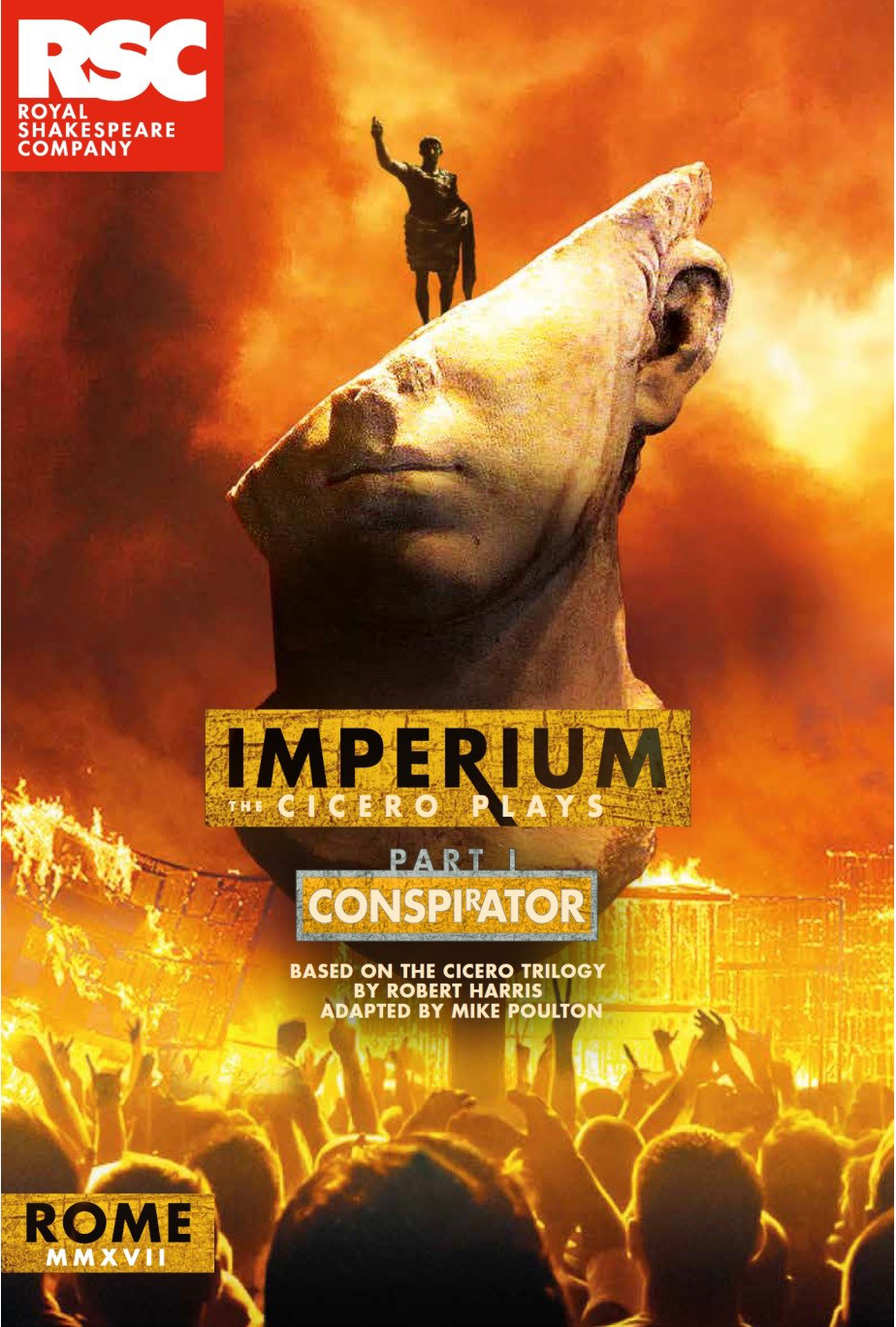 After a sell-out season in the Swan Theatre, Gregory Doran's epic, acclaimed productions of Imperium: The Cicero Plays, based on the bestselling Cicero Trilogy by Robert Harris and adapted by Mike Poulton, will transfer to London’s Gielgud Theatre for a strictly limited Season from 14 June. Richard McCabe and Joseph Kloska will reprise their roles as Cicero and Tiro.Presse : ★★★★★ ‘A Roman triumph for the RSC’ Guardian
‘An exhilarating and timely political drama’ Guardian
‘Gregory Doran’s production… One of the finest achievements of the Royal Shakespeare Company in recent years’ Guardian
‘Cicero…is beautifully acted by Richard McCabe in a career-defining performance’ Guardian
‘A glittering array of performances’ Guardian
‘Siobhan Redmond excellently shows the hidden steel of Terentia, while Eloise Secker, as both Clodia and Fulvia, suggests that…vengeful rage is not the property of any particular gender’ Guardian
‘This is a tremendous show that…takes us to the heart of ancient Rome’ Guardian
★★★★★ ‘Gregory Doran’s production of Poulton’s colossal version of Harris’ three-novel epic covers itself with its own kind of glory… the sheer scale of the enterprise inspires awe’ Whatsonstage
‘Poulton’s…customary combination of verbal dexterity, clear storytelling and hefty doses of leavening wit only serves to accentuate the brilliance of the undertaking’ whatsonstage
‘Anthony Ward’s stunning re-crafting of The Swan… and some perfectly judged lighting and music from Mark Henderson and Paul Englishby respectively add drama and nuance to the spectacle’ whatsonstage
‘Peter de Jersey stands out as an ambitious, wily Julius Caesar, while Pierro Niel-Mee offers two impressive characterisations’ whatsonstage
‘The whole extensive ensemble plays crucial parts in unfolding the vast canvas intelligibly and with a relentless drive to entertain’ whatsonstage
‘At the heart of these two shows is a double act that thoroughly deserves their standing ovation… Richard McCabe and Joseph Kloska play Cicero and his secretary with a joyous complementary verve, sparking off each other explosively’ whatsonstage
‘It’s an extraordinary feat by both actors… their roles carry the productions on a wave of confidence, bravado and performing fireworks. If they aren’t in line to share some best actor awards over the next few months, then there’ll have been a serious miscarriage of justice’ whatsonstage
★★★★ ‘The RSC and Mike Poulton here repeat their trick of turning fictional accounts of historical power games into plain-speaking, propulsive, epic theatre’ times
‘Gregory Doran’s poised, witty, beautifully acted productions’ times
★★★★ 'A masterly performance by Richard McCabe... a beautifully judged Cicero' observer
'Siobhan Redmond makes an intelligent, stalwart Terentia' observer
★★★★ ‘Richard McCabe gives a superb central performance’ Independent
‘Master-adapter, Mike Poulton…excels again’ independent
‘Dynamic epic theatre…presented with terrific energy and clarity by Gregory Doran’s production’ independent
‘Joe Dixon is disturbingly enraged as Catiline and then magnetically wild and dangerous as Antony' independent
‘Peter de Jersey’s extraordinary portrayal’ independent
‘Apart from a few lines in Caesar, Shakespeare ignores this great statesman almost completely. Putting him centre-stage for fascinating epic, the Royal Shakespeare Company is handsomely redressing the balance.’ independent
★★★★ 'Richard McCabe commands the day as Cicero' sunday times
'Gregory Doran's smooth production occupies an elegant, unchanging set by Anthony Ward' sunday times
★★★★ 'Mike Poulton's two-part adaptation of Harris's trilogy of novels for the RSC is remarkable' daily mail
'A nimble performance by Richard McCabe' daily mail
'An understated but exquisite performance from Oliver Johnstone' daily mail
'Gregory Doran's production handles the dense politics with a light touch' daily mail
'A hugely impressive accomplishment' daily mail
★★★★ ‘McCabe ensures that he’s engaging and complex, a potent and authoritative figure who’s nonetheless capable of appearing fragile’ Evening standard
‘Joe Dixon is sinister as Cataline and then furiously blunt as Mark Antony’ evening standard
‘Peter de Jersey’s Caesar has a strikingly sweary directness’ evening standard
‘Crisp work from Oliver Johnstone and John Dougall, and in this very male environment Eloise Secker makes a strong impression as crafty courtesan Clodia and politically adroit Fulvia’ evening standard
‘The revelation is Joseph Kloska as the slave Tiro… he brings an air of half-appalled candour and confidentiality to the role, and relishes several of Poulton’s best lines’ evening standard
‘Poulton writes short, vivid scenes…Anthony Ward’s design is dominated by a giant ball suspended over the stage, which glows or shimmers in keeping with the story’s mood’ evening standard
★★★★ ‘Poulton’s adaptation expertly condenses and makes clear all the complex machinations and power plays… it’s quite a feat’ The Stage
‘In the demanding central role of Cicero, Richard McCabe is incredibly engaging, quick of mind and tongue, but also alert to Cicero’s flaws’ The Stage
‘Joseph Kloska’s Tiro manages to have a gentle watchful presence … the two have a nice rapport’ The Stage
‘Peter de Jersey makes a forceful Caesar’ The Stage
‘Pierro Niel-Mee puts in two brilliantly different performances as the charismatic Patrician Clodius and the steely Agrippa’ The Stage
‘Oliver Johnstone is unsettlingly collected as Caesar’s young heir Octavian’ The Stage
‘Harris and Poulton’s Cicero, as portrayed by the ever-admirable Richard McCabe, is not unlike a Shakespearean tragic hero’ Financial Times
‘All hail Oliver Johnstone, a major find … a blistering oratory pupil in Part I then an inscrutable, all-conquering Octavian in Part II’ Daily Telegraph 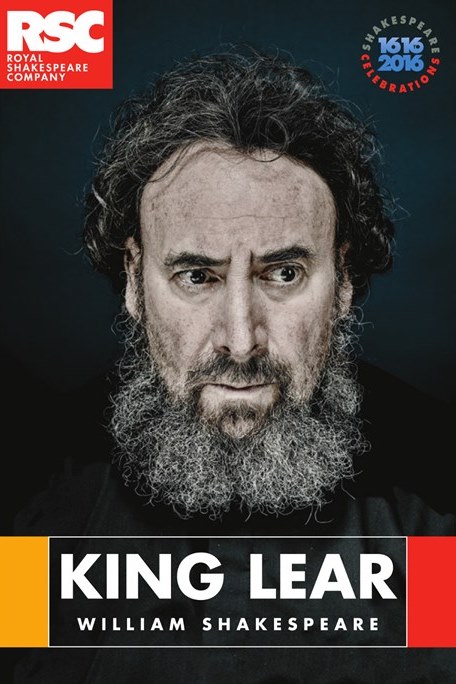 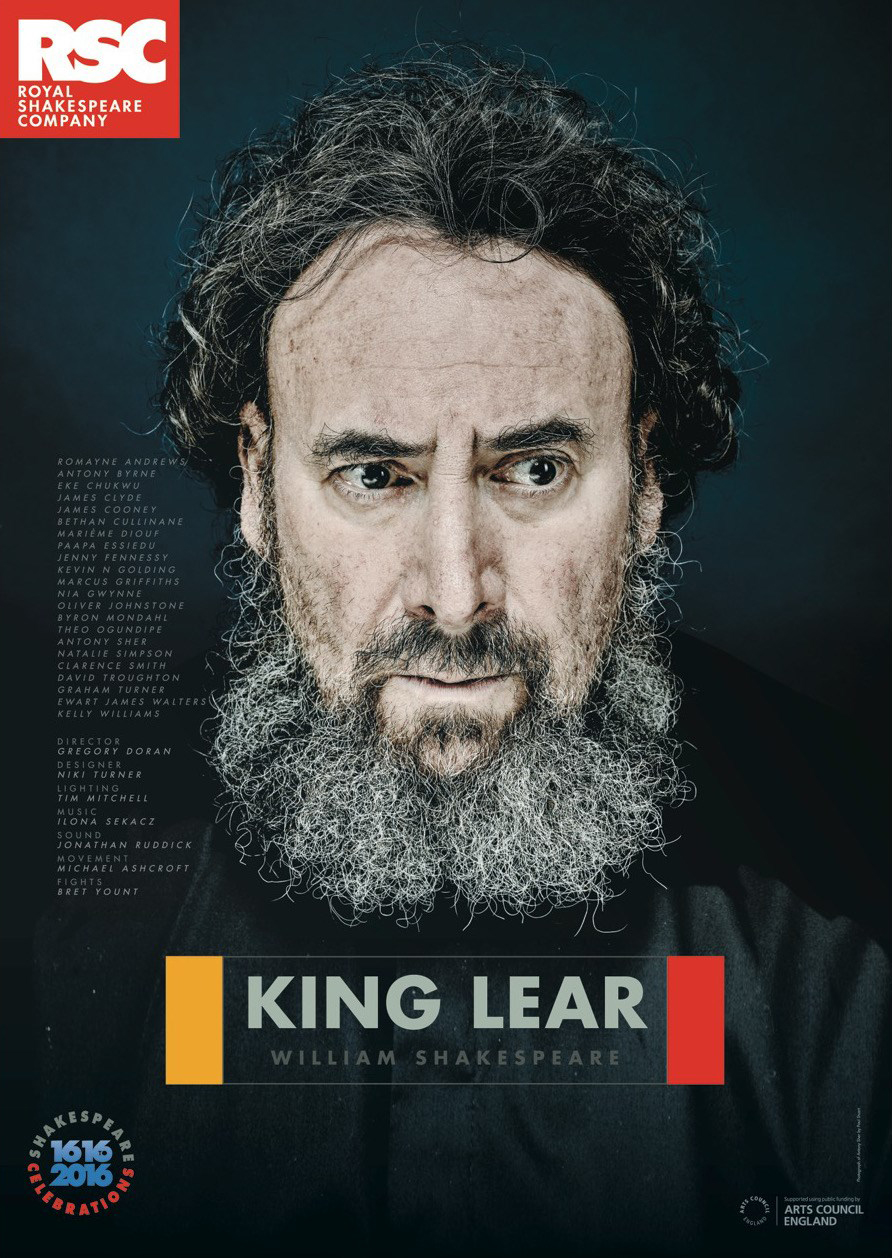 CHARLES SPENCER for THE DAILY TELEGRAPH says, “The writing is flat and clumsy; the exposition creaks like a warped door with rusty hinges; the supporting characters, and even Mahler himself, stubbornly refuse to come to life. Above all, there is no real need for this play to take place in a theatre.”

PETER HEPPLE for THE STAGE says,” Gregory Doran achieves a swirling production almost more suited to an epic rather than a play which remains obstinately domestic..”

MICHAEL BILLINGTON for THE GUARDIAN says, “Even if it is a disappointing … it gives Antony Sher the chance to add to his gallery of tortured artists. His Mahler is plausibly arrogant, egotistical, driven and nail biting.”

SUSANNAH CLAPP for THE OBSERVER says, “Ronald Harwood's dreadful new play makes about every mistake it's possible to commit in the prone-to-cliché process of dramatising a musician's life.”

PAUL TAYLOR for THE INDEPENDENT says, “As Mahler, Antony Sher begins as a cartoon of the genius played as frustrated force of nature and ends as a caricature of the genius as a lonely, broken and emasculated titan.”

NICHOLAS DE JONGH for THER EVENING STANDARD says, “The play itself is a plodding chronicle piece in about 12 scenes. Its tone is suspect….”

MICHAEL COVENEY for THE DAILY MAIL says, “The idea runs ahead of a muddled and deeply unsatisfactory evening, fleshed out with musical extracts (not enough, alas) and a characteristically fraught 'outsider' performance from Sir Antony.”

SHERIDAN MORLEY for TELETEXT says, "Like in so many other plays, Harwood wonders how a great artist can be such an appalling human being, but this time it's hard to care. Despite Antony Sher's mesmeric performance, we are given little reason to care." 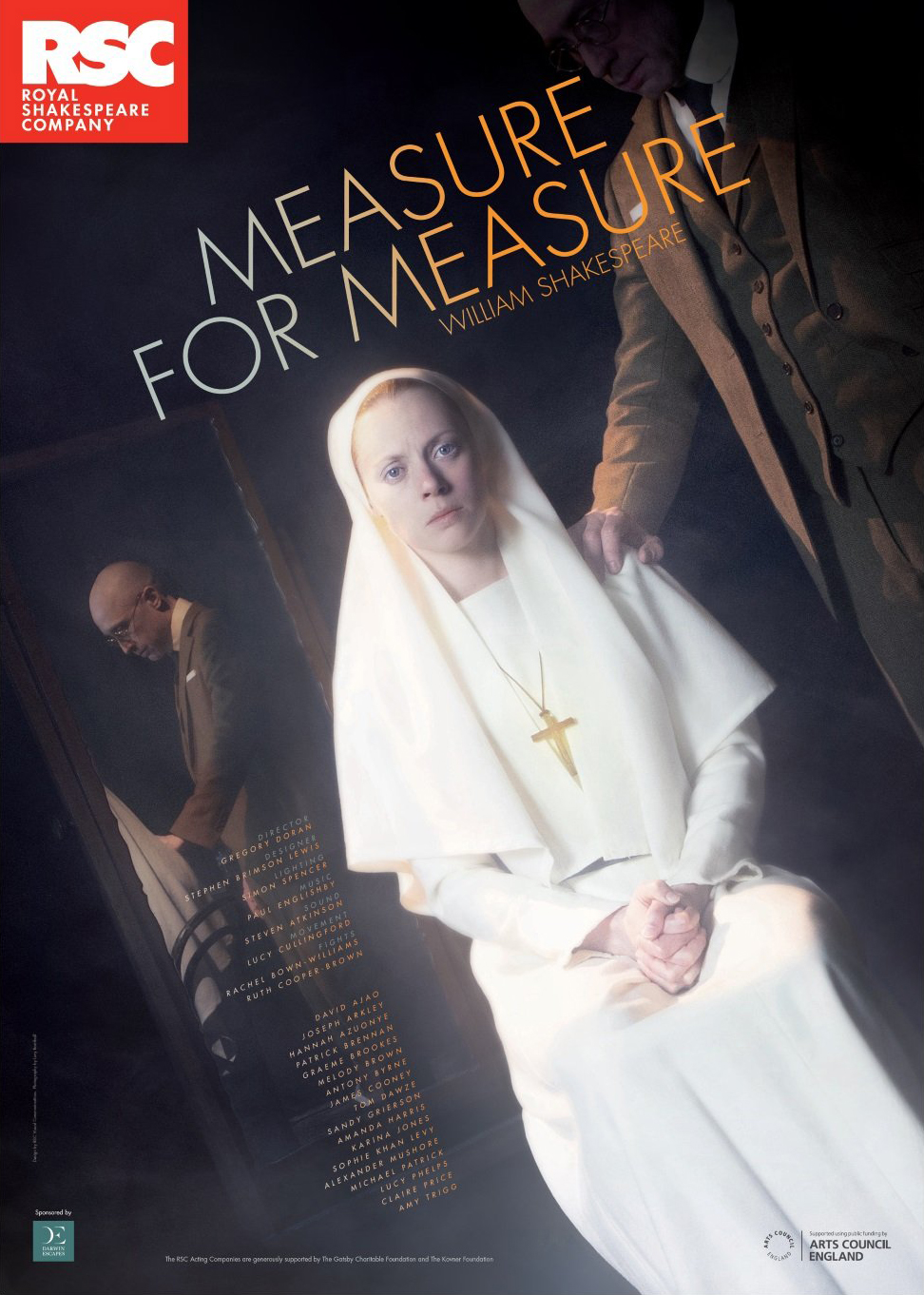 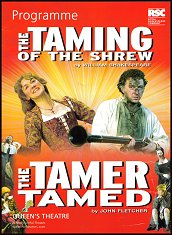