Genèse: The project for THE CIVIL WAR began in 1995. Frank Wildhorn and Gregory Boyd had just put together the national tour of JEKYLL & HYDE. The Alley Theatre, which premiered the show before it's Broadway run, was preparing to celebrate it's 50th Anniversary. The team wanted to create a new piece to commemorate. Jack Murphy signed on to collaborate and the unusual structure of THE CIVIL WAR was born. With this new project, the team wanted to create an untraditonal 'thematic' musical event with a distinctively American voice and with an emphasis on traditional story-telling. THE CIVIL WAR is a musical event borrowing techniques from rock music, concert performance, oratorios and song-cycles. It wasn't structured with conventional narrative, but rather as an emotional landscape grounded in universal feelings as expressed by the people who lived this extraordinary event. The writers were inspired by the words of Walt Whitman, Frederick Douglass and Abraham Lincoln. They were also inspired by the life (as documented through letters, photographs, and journals) of the real Hannah Ropes, Mary Chestnut, 2nd Virginia Infantryman Henry Kyd Douglas, and Henry H. Pearson of the 6th New Hampshire company. A studio cast album was released in 1999 by Atlantic Records, and included Linda Eder, Maya Angelou, James Garner, Hootie & the Blowfish, Travis Tritt, Dr. John, and Betty Buckley. The musical had its world premiere at the Alley Theatre, Houston, Texas, on September 16, 1998, where co-author Boyd is the Artistic Director. The production was supervised by Gregory Boyd, with musical staging by George Faison and staging by Nick Corley. The cast featured Linda Eder (Hanna Hopes), Beth Leavel (Mrs. Lydia Bixby/Violet), Jesse Lenat (Autolycus Fell), Capathia Jenkins (Hope Jackson), Matt Bogart (Pvt. Nathaniel Taylor) and Michael Lanning (Capt. Emmet Lochran). The musical premiered on Broadway at the St. James Theatre on April 22, 1999 and closed on June 13, 1999, running for 61 performances and 35 previews. Directed by Jerry Zaks with musical staging by Luis Perez, the cast featured Leavel as Mabel/Mrs. Bixby, Bogart as Private Sam Taylor, and Leo Burmester as Autolycus Fell. The musical toured in the United States, starting in January 2000 in Cincinnati, Ohio. The original cast of 28 had been reduced to 15. "Rather than playing individual characters, they all play everyman - a soldier, a wife, a nurse, a girlfriend, a slave." Stephen Rayne directed, with a cast that included Larry Gatlin alternating with John Schneider, and BeBe Winans. The Civil War was one of the productions produced at the newly-renovated Ford's Theatre (Washington, DC), running from March 27, 2009 through May 24. Directed by Jeff Calhoun, the 16-member cast featured Jarrod Emick, Eleasha Gamble, Michael Lanning, and Timothy Shew, with the recorded voice of Hal Holbrook as Lincoln. The production is conceived in a concert setting. In 2006, a new version of the musical opened at the Majestic Theatre in Gettysburg, Pennsylvania. Called For the Glory: The Civil War Musical in Gettysburg, it featured two new songs and a new structure.

Genèse: Frank Wildhorn is working with Nan Knighton on a new musical about the life of the French sculptress, Camille Claudel. The world-premiere production was presented by Goodspeed Musicals at their Norma Terris Theater in Chester, CT. The staging took place from 14 August through 7 September 2003. Camille Claudel was a woman who broke all the rules. She was a sculptor in the late 1800's-early 1900's, in a time when women did not sculpt. If they did, it was merely a hobby preceding marriage. No woman sculptor of this period achieved fame - except for Camille. One critic described her as "a revolt against nature - a woman of genius!" She was feisty, funny, beautiful, and the musical reflects her humor and zest. Camille enchanted her mentor, Auguste Rodin, and became his mistress and muse. What began for them as pure love turned into a stormy journey to discover where the line between lover and competitor is drawn. The song "Gold" is the eleven o'clock number in this show. 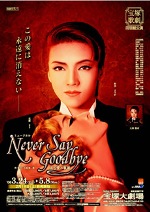 Résumé: It is about Rudolf, Crown Prince of Austria and his extramarital relationship with Baroness Mary Vetsera. Their 1889 deaths at his Mayerling hunting lodge apparently were the result of a murder-suicide pact, although historians have debated this explanation.

Résumé: In For the Glory, "the Union and Confederate armies sing of their excitement as they prepare to go into war and defend their respective causes. The enslaved sing of their pain and misery as they are sold as property. A soldier and his wife try to ease their separation by writing frequent letters. An abolitionist (in certain scenes identified as Frederick Douglas) lobbies his cause, and expresses his frustration with both the injustice that his people suffer and the reluctance of President Lincoln and the Union to address it. A nurse reflects on the work that she is trying to do. Captains from the two armies grapple with the decisions that they must make, not only for themselves but for the soldiers who follow them. The enslaved join in rousing gospel numbers, keeping their hopes and their spirits alive despite everything that they endure. The soldiers of both armies, gradually realizing the horrors of war, face despair, death and defeat. This intense work delves into one of our nation's most defining times, and is packed with feeling and messages, expressed directly through the wide variety of musical numbers performed. The war may be past, but the struggle continues today..."

Genèse: The show had its world premiere at the Nissay Theatre in Tokyo, Japan, from 5 through 28 May 2009. The production starred Takeshi Kaga (the original Japanese Jekyll & Hyde) in the title role, Hikaru Asami (Elisabeth) as Roxanne and Kenji Urai (Rudolf, Elisabeth) and Masataka Nakagauchi sharing the part of Christian. It had direction by Kazuya Yamada, music direction by Akihiro Shiota and choreography by Kiyomi Maeda. The lyric translations were provided by Kazuko Matsuoka, with the script translation by Machiko Ryuu. More information is available on the Fuji TV production site (in Japanese). This production also played at Umeda Arts Theater in Osaka, Japan, 3-7 June 2009, and reportedly toured the country. There are also plans to bring Cyrano to the stage in Spain. Spanish singing star Raphael - who headlined the Spanish premiere of Jekyll & Hyde in 2000 - will star. A Spanish concept recording of the show featuring Raphael is in the works. A release date for the album and further details on the production have not been set, and will be forthcoming.

Genèse: The musical preimered on March 15th, 2014 at the Theater St. Gallen in St. Gallen, Switzerland, starring Patrick Stanke as Arthur, Annemieke van Dam as Guinevere, Mark Seibert as Lancelot, Thomas Borchert as Merlin, and Sabrina Weckerlin as Morgana. The technical team included Francesca Zambelloon as Director, Peter Davison on sets, Mark McCullough on Lighting, Susan Willmington on costume design, and Katy Tucker on projections. The choreography is by Eric Sean Fogel and the fight scenes are by Rick Sordelet. The German translation was by Nina Schneider. A concept album of this production was released on April 3rd, 2014 and entered the No. 1 slot on Amazon and iTunes in Germany.