The cast included the strongest players from Littlewood's Theatre Workshop (a theatre group noted for their director, Joan Littlewood - many actors of the 1950s and 1960s received their training and first exposure with the company), including Ronnie Corbett, Barbara Windsor and James Booth. But Twang!! ran into difficulty from the start. The script was weak, especially the part of Robin Hood, which was badly underwritten. When Booth expressed his concerns, he was repeatedly assured that the part would be expanded to a starring role. Littlewood demanded a rewrite, but constant, confusing revisions failed to improve the script. Littlewood, the choreographer Paddy Stone, the designer Oliver Messel, and the writers failed to work together.[3] Rehearsals were disorganised and fraught with tension; Bart was drinking; Littlewood threatened to walk out. At a rehearsal, Littlewood accused Bart of failing to fulfill his creative responsibilities because he was too strung-out on LSD. Bart, in turn, accused Littlewood of ruining the piece.

A Birmingham tryout was scheduled and cancelled. A Manchester preview opened on 3 November 1965 at the Palace Theatre with a script that was unfinished. Word of the disaster leaked to the tabloids. Littlewood quit the company, and a script doctor, American Burt Shevelove, was brought in to fix the script and score, leading to more confusing changes, but nothing helped.[6] The scenes had no relation to the songs, and Twang!! transferred to London preceded by continued bad press. The show opened in disarray at London's Shaftesbury Theatre on 20 December 1965. Still, Bart thought he could save the show. On opening night, the musical director, Ken Moule, collapsed of exhaustion and still had failed to orchestrate the second act. Two songs were cut in the hours before the curtain rose, and the piece was played for camp, even adding some transvestism. The house lights kept going up and down throughout the performance, and vicious arguments were overheard backstage. Twang!! garnered scornful and derisive reviews. The critics noted the lack of heroics and the pseudo-pantomime delivery, although there were some effective musical sequences, including a scene around a gallows that became a morris dance around a maypole. Windsor also came in for some praise.

The show had been intended as a romp that poked fun at the Crusades, the attitude of the Church and the human flaw of wanting to turn an outlaw into a hero. Orkin believed the show failed because they failed to establish the exact butt of that satire; it was too vague and inconsequential. Bart lost his personal fortune in Twang!!. He was devastated by the failure of the show. So was Booth, who made no money for a year while preparing for Twang!!. For Ronnie Corbett, however, the failure of Twang!! was a lucky break – it meant he was free to participate in The Frost Report, his breakthrough in television.

Notes: A hugely expensive show, its pedigree was impeccable: music by Lionel Bart, whose “Oliver”, “Blitz” and “Maggie May” had been big hits; designed by Oliver Messell, possibly the best English stage designer of the time; choreographed by Paddy Stone, the brilliant young dance director; and directed by Joan Littlewood, the legendary “Theatre Workshop” innovator.
However, on the pre-London try-outs Lionel Bart demanded his name be taken off the posters, claiming Joan Littlewood had ruined his show; Joan Littlewood walked out; the Birmingham opening was cancelled; Joan Littlewood returned. The Manchester opening was a disaster. Joan Littlewood blamed everyone else; everyone else blamed Joan. She walked out again. She returned. Then she was fired by Bernard Delfont, and the American Burt Shevelove was rushed in to try and save the show. It was a hopeless task. The show opened at the Shaftesbury Theatre to the worst notices anyone could ever recall. It is said to be the biggest theatrical disaster of modern times. The reputations of Bart and Littlewood were in tatters, and the only praise anyone heard was for Barbara Windsor, said to be the only decent thing in the show. 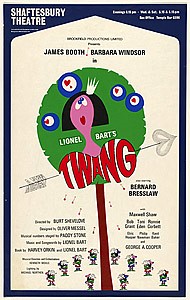 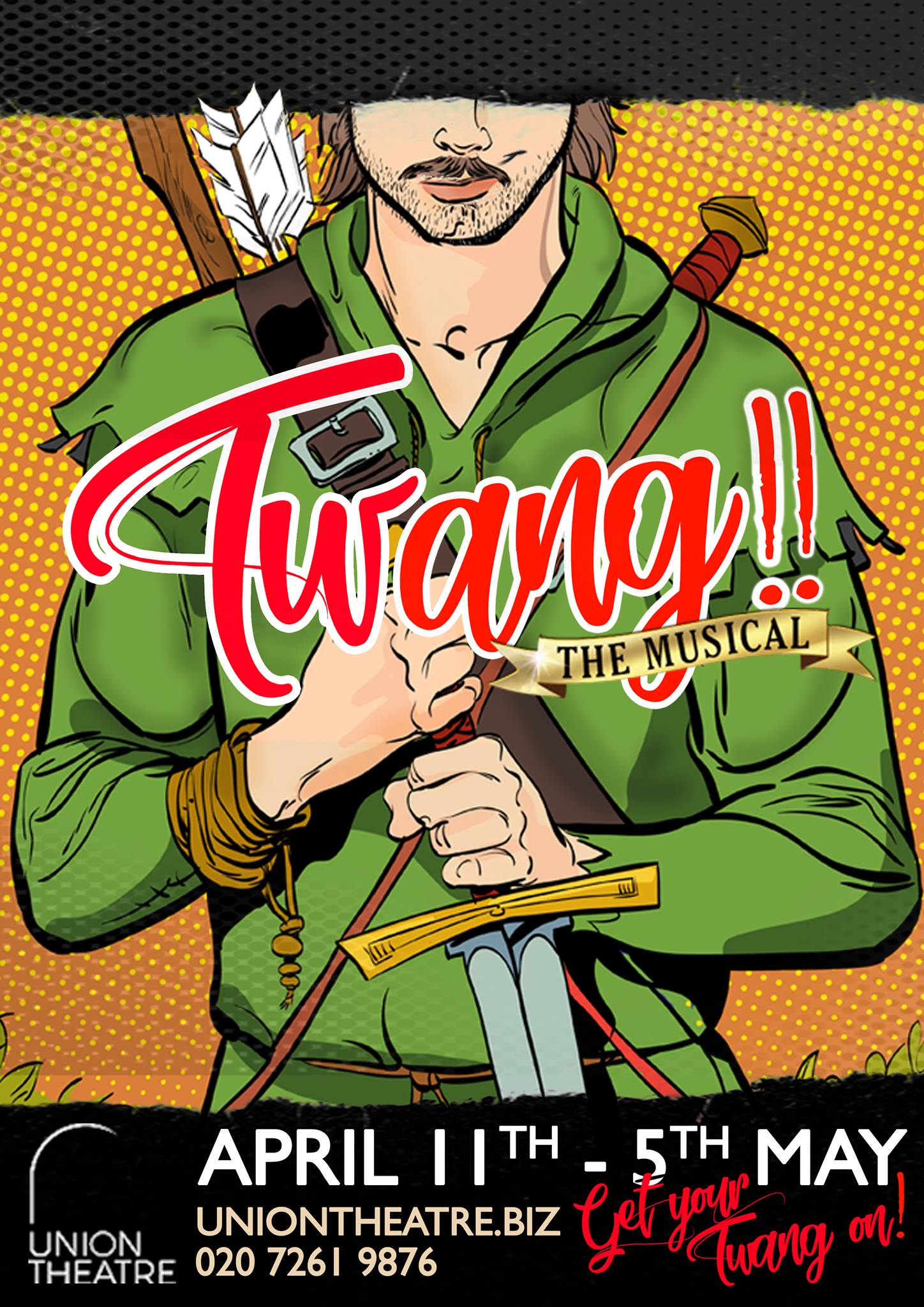