A modern twist on the Cinderella story

Soho Cinders is loosely base on the story of Cinderella. It is a modern musical fable that is set and celebrates the London district of Soho which mixes politics, sex-scandals and true love in a story about an impoverished student Robbie, who is paying for his college bills in a somewhat unorthodox way, becoming romantically involved with the engaged prospective mayoral candidate James Prince. James and Robbie's worlds collide forcing them to fight for their own fairy-tale ending in this hilarious, satirical twist on the classic Cinderella story.

The world premiere received mixed reviews with critics being most enthusiastic about performances by the cast, production design and choreography, but less enthusiastic about its book and some "predictable" musical numbers. However, most critics have found highlights in all the different elements of the musical. They have compared it to such works as Fings Ain't Wot They Used T'Be for having "something of the same infectious cheerfulness" and likened its "light-hearted charm and touching moments" to Legally Blonde and Mamma Mia!.

Inception and development
George Stiles and Anthony Drewe started work on Soho Cinders in 2000, having come up with the idea of updating a very basic version of Cinderella into something different in the 1990s.[3] In the summer of 2000, Drewe and George Stiles sat in Regents Park to start developing their adaptation and wrote a lot of it in France at Stiles' sister-in-law's house. Although the musical was almost finished, the pair had been busy with other projects like Honk, Betty Blue Eyes and Mary Poppins, which hindered their progress on Soho Cinders.

Workshops for the musical began in the early 2000s but it was not until 6 July 2008 that some of the musical's songs were exclusively premiered at Her Majesty's Theatre as part of a gala concert that celebrated the 25th anniversary of Stiles and Drewe's songwriting partnership, entitled A Spoonful of Stiles and Drewe. The pair debuted the songs "Wishing for the Normal", "I'm So Over Men", "Gypsies of the Ether", "It's Hard to Tell", "They Don't Make Glass Slippers" and "You Shall Go to the Ball". Singers included Gareth Gates, Leanne Jones, Oliver Tompsett, Joanna Riding and Claire Moore as well as Rebecca Thornhill, Daniel Boys, Alison Jiear, Richard Dempsey and James Gillan as ensemble members. A one-off charity gala concert then followed on 9 October 2011 with an all star cast and a 16-piece band led by George Stileson in aid of the Teenage Cancer Trust.

Stiles and Drewe describe Soho Cinders as "rawer" and "grown-up" in comparison to their previous work. They wanted to make Soho Cinders satirical and political and set it in the present day; different from their other work of fairy tales and period pieces. On the pair's website, Soho Cinders is described as a "fable for the noughties" that is inspired by musicals like Guys and Dolls, which achieve a world which never really existed but you kind of feel might have done. They are a heightened version of a past time. The pair have attempted to create a version of London in its current state. They have acknowledged Soho Cinders as both comedic, romantic but a musical that touches on a few serious issues.

Production history
Soho Cinders had a gala concert production at the Queen's Theatre on 9 October 2011 in aid of Teenage Cancer Trust. The concert, which was supported by Whatsonstage.com, was sold-out and featured a cast of West End performers: Jos Slovick as Robbie; Michael Xavier as James Prince; Amy Lennox as Velcro; Beverley Rudd and Suzie Chard as Dana and Clodagh; David Bedella as William George; Hannah Waddingham as Marilyn Platt; Richard David-Caine as Sasha; Clive Carter as Lord Bellingham; Sharon D Clarke as Chelle and Sandi Toksvig as a narrator.

In 2012, Soho Cinders received its world premiere as a full-scale production at Soho Theatre, running from 3 August to 9 September 2012. Although there are some changes, the cast includes most of the performers who were present at the 2011 gala concert production. The changes include Thomas Milner as Robbie; Gerard Carey as William Ceorge; Jenna Russell as Marilyn Platt; Raj Ghatak as Sasha; Neil McCaul as Lord Bellingham; Amanda Posenor as Sidesaddle (previously Chelle). The production also features the voice of Stephen Fry as a narrator. It is produced by Jamie Hendry in collabotation with the Booking Office, Daniel Sparrow and Mike Walksh Productions and Neil Marcus and is directed by Jonathan Butterell with choreography from Drewe McOnie and design by Morgan Large, Hugh Vanstone (lighting) and Adam Fisher (sound).

The United States premiere of Soho Cinders will take place in Dallas Texas at Uptown Players from June 13-22, 2014.

In October 2019, the production was revived yet again on a 'limited run' set to end in December at the Charing Cross Theatre starring Luke Bayer and Millie O'Connell. 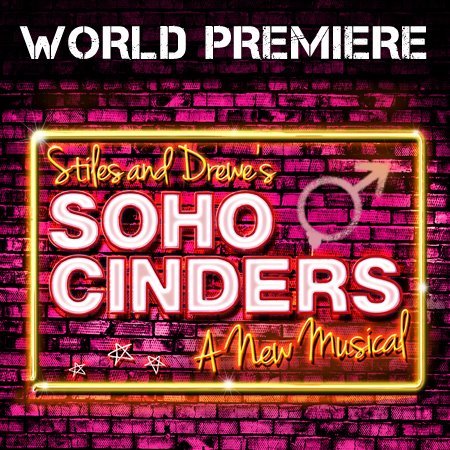 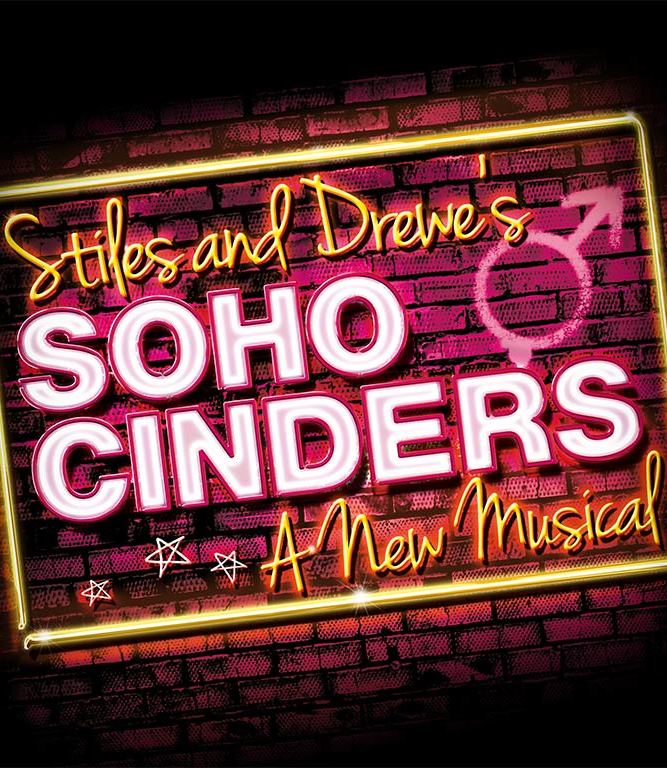 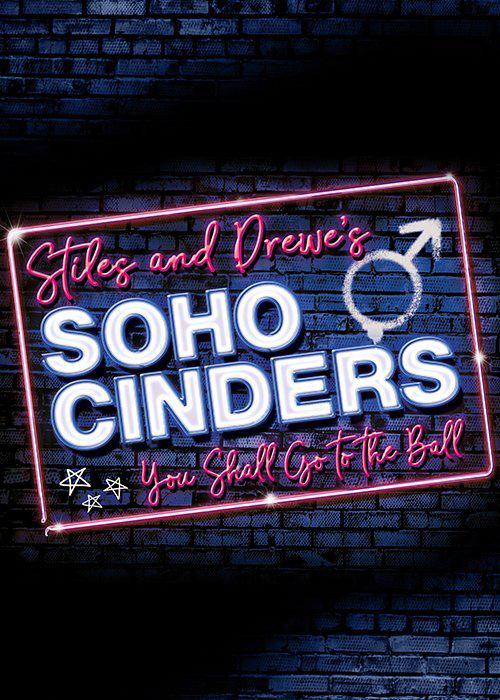