«Queen of the Mist»

In the early 1900s, in western New York State, at Niagara Falls, Anna Edson Taylor is a 63-year-old teacher. Needing money, she decides to become the first woman to go over Niagara Falls, and designs her own barrel. She is helped by her manager, Frank Russell. "Navigating both the treacherous Falls and a fickle public with a ravenous appetite for sensationalism, this unconventional heroine vies for her legacy in a world clamoring with swindling managers, assassins, revolutionaries, moralizing family, anarchists, and activists. Convinced that there is greatness in her and determined not to live as ordinary, she sets out to battle her fear and tempt her fate." The score incorporates turn-of-the-century themes. Anna attempts to take advantage of her fame on the lecture circuit, but that does not last. Anna dies in a nursing home at age 82, a pauper.

Ben Brantley of The New York Times said the show "moves forward with a steady, fixed intensity that makes it feel as if it never moves forward at all".[3] Steven Suskin of Variety said LaChuisa "developed a reputation for shows that are more esoteric than involving", but that Queen "breaks the pattern", and also noted that the score was "intelligent" and "tuneful".[6] Aubry D'Arminio writing for Entertainment Weekly referred to the show as "beautifully odd".

The musical was the inaugural show of Transport Group's 20th Century Project. The musical premiered Off-Broadway at The Gym at Judson on November 6, 2011 and closed on December 4, 2011. The musical received positive reviews. The show received its UK Premiere at the Jack Studio Theatre in London, produced by Pint of Wine Theatre Company, on April 9, 2019 and closed on April 27, 2019. 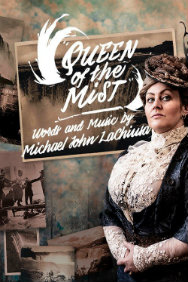