The Last Ship is an original musical inspired by Sting's own childhood experiences and the shipbuilding industry in Wallsend, Tyne and Wear,

Gideon Fletcher grows up in a town called Wallsend in northeastern England where proud, hardworking men build ships at the local shipyard - the center of the town’s history and economy. Gideon dreams of doing more with his life, though, and leaves his home and the girl he loves to travel the world. When he returns after 15 years, he finds that everything has changed dramatically, spurring him to join the town in a monumental effort to fight for their collective future.

In September 2011, it was confirmed that British musician Sting was working on a musical, following rumours the previous year.

A first reading took place in Manhattan in October that year, with a further reading in Newcastle in February 2012 and ultimately a full staged reading for the musical was held in 2013.

In September 2013, the show was officially confirmed and it was announced that the show would premiere in Chicago in 2014. The Last Ship, which would cost around $15 million to stage, was initially inspired by Sting's 1991 album The Soul Cages and Sting's own childhood experiences, tells the story about community and the demise of the shipbuilding industry in Wallsend, Tyne and Wear, with the closure of the town's Swan Hunter shipyard. The show has a book by John Logan and Brian Yorkey and is directed by Joe Mantello, with choreography by Steven Hoggett, set and costume design by David Zinn, lighting design by Christopher Akerlind and sound design by Brian Ronan.

The show features a score by Sting that includes mostly original material, as well as four previously-written songs: "Island of Souls" and "All This Time" from The Soul Cages, "When We Dance" from the 1994 album Fields of Gold: The Best of Sting 1984–1994, and "Ghost Story" from the 1999 album Brand New Day. Speaking in 2011, Brian Yorkey whilst discussing Sting writing the music for the show said: "He's writing great theater music", "It's very, very distinctly Sting but it also is theatre music. It's not just pop music transposed into the theatre."

The Last Ship is Sting's first musical. He had previously co-written the score for the 2000 animated Disney musical film The Emperor's New Groove, although only two of his songs ended up in the film, after heavy studio retooling.

Sting's eleventh studio album, titled The Last Ship, featuring music from, or originally intended for the musical, was released on 24 September 2013. The album marked his first release of original material since his 2003 album Sacred Love and his first foray into musical theatre. Sting had suffered from writer's block and credited the show with giving him a reason to write songs again. Sting held a series of concerts at The Public Theater in October 2013, featuring music from the show and tells stories of the making of the musical. The concert was later broadcast on PBS as part of their Great Performances series.

Chicago and Broadway
On 19 September 2013, it was announced that the show would begin its world premiere with a pre-Broadway Chicago tryout. Tickets for the tryout went on sale on 14 February 2014. Previews for the Chicago run of the show began on 10 June 2014 at the Bank of America Theatre, the show opened on 25 June 2014, and played for 33 days total until 13 July 2014.

Following completion of the tryout in Chicago, The Last Ship transferred to the Neil Simon Theater on Broadway in New York. Previews started playing at the Neil Simon Theater on 29 September 2014, and the official opening night was 26 October 2014. Sting joined the cast on stage during the curtain call on opening night. Celebrities including Billy Joel, Robert De Niro and Liam Neeson were in attendance. In a bid to help falling ticket sales, creator and musician Sting joined the cast for a limited run from 9 December 2014 to 24 January 2015, replacing Jimmy Nail. Despite sales increasing with Sting in the cast and producers stating he had had a "galvanising effect", the decision was taken to close at the end of his run in the show on 24 January 2015.

Salt Lake City
The Last Ship was produced in Salt Lake City, Utah at the Roy W. and Elizabeth E. Simmons Pioneer Memorial Theatre on the University of Utah campus from September 16th, 2016 through October 1st, 2016. On September 22nd, Sting joined the cast at the curtain of that evening's performance of his inaugural musical, making its regional premiere in Salt Lake City in the first production after its Broadway run. To a standing ovation, the 16-Grammy-winning rock star thanked the "amazing cast" and said it was "surreal" to see the story of his English shipbuilding home transported to the middle of Utah . "I loved the reaction," he said. "I loved sitting among you all and hearing you laugh and hearing you cry." 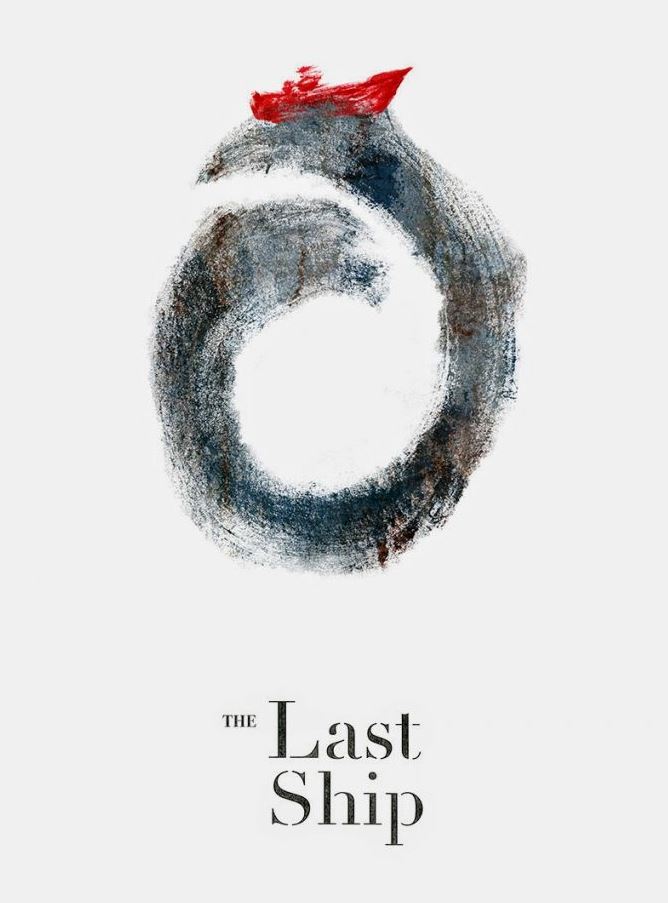 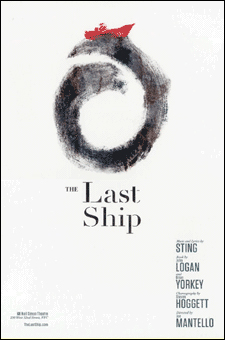