As it chronicles love, war, survival instincts and purpose in a rapidly changing world. "Doctor Zhivago" is an earnest romance with an epic, operatic scope.

Boris Pasternak's novel is known for it's immensely intricate and detailed plot, and conforms to the Russian tradition of referring to characters by many nicknames. In brief, DV is the story of Yuri, a young boy orphaned and sent to live with a wealthy family after his parents die. He grows up and goes on to marry the daughter of the house, Tonya, who becomes a loyal wife. At the same time, Lara is in a tumultuous relationship with an older man, who she tries to assassinate at a party.
Saved from herself by Pasha, a young idealist, she marries him, only for the changing state of Russia to transform him to into a cold and terrifying fighter in the war. Whilst searching for him, she enters the battle as a nurse, where she meets Yuri Zhivago and falls for him, starting a romance that spans distance, years and surivices when no one can be truly sure of their fate…

The show originally premiered as Zhivago in 2006 at the La Jolla Playhouse in San Diego, California, with Ivan Hernandez in the title role as Yurii Zhivago.

A 2011 Australian touring production directed by Des McAnuff premiered as Doctor Zhivago – A New Musical at the Lyric Theatre, Sydney, in 2011. The Sydney cast included Anthony Warlow as Yurii Zhivago, Lucy Maunder as Lara, Taneel Van Zyl as Tonia and Martin Crewes as Pasha. The show received glowing reviews. The production ran from February 19 through April 3, 2011, before travelling to Melbourne where it ran there from April through May 29, 2011. Following Melbourne, a limited run was originally set at Brisbane from July 6 through July 31, but was extended a further two weeks, through August 14, 2011.

A 2012 Seoul original production directed by Des McAnuff, premiered at the Charlotte Theatre, Seoul, in 2012. The cast included Jo Seung-woo and Hong Kwang-ho as Yurii Zhivago, Jeon Mido and Kim Jiwoo as Lara Guisher, Choi Hyunjoo as Tonia, Kang Pilsuk as Pasha. It began previews on January 25, 2012, opened on January 27, 2012, and closed on June 3, 2012.

In August 2014 Doctor Zhivago had its Scandinavian premier at Malmö Opera. Sanna Nielsen starred as Lara, Christopher Wollter as Zhivago and Phillip Jalmelid as Pasha. It ran from August 29 to January 31. The show was performed in Swedish.
A 2015 Broadway production, again directed by Des McAnuff,[9] starred Tam Mutu as Yurii Zhivago and Kelli Barrett as Lara Guisher.[10] It began previews at the Broadway Theatre on March 27, 2015, opened on April 21, 2015, and closed on May 10, 2015, due to low ticket sales and a lack of Tony Award nominations. It had played a total of 26 previews and 23 performances. 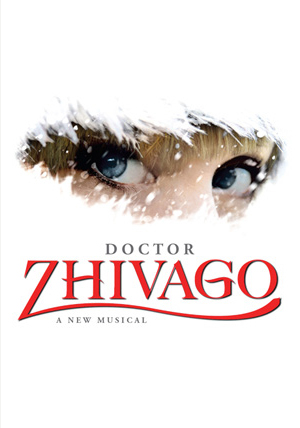 "The only problem is that the creators of this new musical forgot to include such minor details as compelling characters, thrilling drama or, you know, an inspiring score. At a time of heightened competition on Broadway, 'Doctor Zhivago' is so dull, it may soon be Zhiva-gone." Elisabeth Vincentelli for New York Post

"Des McAnuff’s staging looks expensive but ugly, with cheesy video close‑ups of actors, giant Soviet propaganda posters, eruptions of fire and the occasional explosion or gunshot to wake us up. To Siberia with it." David Cote for Time Out New York

"The folks behind the new Broadway musical 'Doctor Zhivago' promise it is 'sure to steal your heart.' They apparently hope to do so by bludgeoning you into unconsciousness and then cutting you open with a scimitar." Mark Kennedy for The Associated Press

"The show dutifully features all the major characters and dramatic moments familiar from the book and film, but in a breathlessly paced, mechanical style that never manages to engage the heart or mind." Frank Scheck for The Hollywood Reporter

"It seems to drag on for ages." Marilyn Stasio for Variety 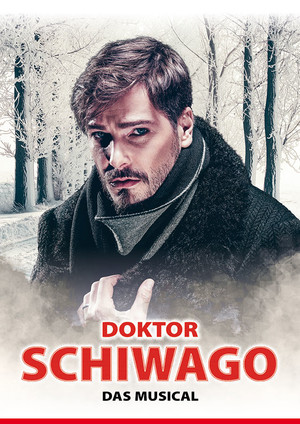