The plot, which is centred on a local football (soccer) team, focuses on the attempt to overcome religious intolerance and violence that has engulfed their community. The team is made up of Catholic and Protestant youths and the coach is a priest. The musical chronicles the ups and downs of the team players as the emerging political and religious violence overwhelms them. Some of the players become members of the IRA, one gets kneecapped.
The musical also chronicles the emotional change in the protagonist from political ambivalence to becoming an IRA terrorist. Highlights of the play include the dual singing of "God's Own Country" by two females, one Catholic, one Protestant; the rain-drenched funeral; the football match; the transformation of the football net into a prison.

The title of the musical is taken from Pelé's autobiography My Life and the Beautiful Game. The plot, which is centred on a local football (soccer) team, focuses on the attempt to overcome religious intolerance and violence that has engulfed their community. The team is made up of Catholic and Protestant youths and the coach is a priest.

Beautiful Game
The world premiere production of The Beautiful Game opened on September 26, 2000 at the Cambridge Theatre in London and closed September 1, 2001, after a total run of slightly more than 11 months. Directed by Robert Carsen, the choreography was by Meryl Tankard. The show was met with a mixed reception from the critics: while the production and Lloyd Webber's score were largely praised, Elton's book and lyrics came under fire for being crass, predictable and undistinguished.
The show never made a transfer to Broadway.

The Boys in the Photograph
A rewrite by Lloyd-Webber and Elton, with a new title of The Boys in the Photograph, had a full scale production mounted in April 2009 at the Manitoba Theatre Centre in Winnipeg, Manitoba, Canada. This production transferred to the Royal Alexandra Theatre in Toronto, Canada in September 2009 with a rumored North American Tour to follow retaining the entire Canadian cast. The rewrite gives a more uplifting ending than the original production.
Prior to this, The Boys in the Photograph received a workshop production by students at the Liverpool Institute for Performing Arts in April 2008. It opened with the following cast Matthew Grace as John, Jeanna De Waal as Mary, Adam Diggle as Del, Derek Barr as Thomas, Cecilia Ardiles as Christine, Richard Loosemore as Ginger, Rob Gilbert as Daniel and Bryn Holding as Father O'Donnel. It was directed by Nick Phillips.

Type de série: Original
Théâtre: Cambridge Theatre (Londres - Angleterre) Durée : 11 mois 1 semaine Nombre : 391 représentationsPremière Preview : mardi 05 septembre 2000Première : mardi 26 septembre 2000Dernière : samedi 01 septembre 2001Mise en scène : Robert Carsen • Chorégraphie : Meryl Tankard • Producteur : Avec : Frank Grimes (Father O ’Donnell), Ben Goddard (Del), Hannah Waddingham (Christine), Michael Shaeffer (Thomas), David Shannon (John), Josie Walker (Mary), Dale Meeks (Greg), Jamie Golding, Alex Sharpe, Diane Pilkington, Nic Greenshields, David LyonsCommentaires : This show truly divided the critics. Some claimed it was a powerful, dark, intelligent musical, containing some of Lloyd Webber’s most sophisticated and deeply-felt music; others claimed it was a one-sided, patronising Romeo and Juliet rip-off, mis-matching over-romanticised music with an over-done tale of murder, knee-capping and internment camps. The show ran for just under a year, closing on September 1st, 2001. A re-written version was performed in Canada in 2009 with a new title “The Boys in the Photograph” and a happier ending. The song "Our Kind of Love" was replaced with a new song "The Boys in the Photograph" and several other songs were cut. (However, “Our Kind of Love” would be re-worked and appear in Andrew Lloyd Webber’s later musical “Love Never Dies”.)Presse : The show has received 'reasonable ' reviews from the popular press. None of the press have been shouting from the roof-tops on how good it is, but then none have rubbished it either…..
BENEDICT NIGHTINGALE for THE TIMES says, "Elton doesn't always seem aware of the line between the simple and the clunky. But Webber not only extends his musical range but comes up with two or three lovely numbers, each packed with his trademark yearning." He goes on to say, "There are no truly exciting performances, but also no weak ones."

NICHOLAS DE JONGH for THE EVENING STANDARD says, "A dramatic, pioneering musical that dares to make a song and dance of the troubles of Northern Ireland." He goes on to say, "Robert Carsen's well-drilled and paced production cannot disguise the fact that Elton's book allows dull romancing to overwhelm a brave, sharp shot at a controversial, politically motivated musical."

SHERIDAN MORLEY for TELETEXT, says, "Lloyd Webber's songs are intricately slotted into the storyline and many of them have a lilting, yearning charm." Morley ends his review with, "What this show suggests is that you no longer have to go to a musical having checked your brains into the cloakroom."

PAUL TAYLER for THE INDEPENDENT says, "The Beautiful Game has its moments, with full-throated, plangent anthems; the impossibly catchy melody of its message-song, "Our Kind of Love"; and the hard-edged, exuberant synthesis, in the kicking twirls and leaps of Meryl Tankard's choreography, of the movements of football and modern ballet." He goes on to say, "The trouble with the show is not the Celtic-tinged music, which is never less than decent, nor the lyrics which, though uninspired, aren't actively blush-making. No, the culprit here is the book."

CHARLES SPENCER for THE DAILY TELEGRAPH says, "Sadly, hopes that The Beautiful Game might prove a Northern Irish West Side Story are hardly realised. Indeed, at worst the piece comes over like Grease-meets-Riverdance with the odd bit of earnest Eltonesque moralising thrown in." However, Spencer goes on to say, "The music includes some of Lloyd Webber's most haunting and memorable ballads."

MICHAEL BILLINGTON for THE GUARDIAN says, "Even if the musical falls at the last hurdle, it as at least trying something boldly different, and Lloyd Webber's score, with its echoes of Irish folk and ballad music, is his best since Aspects of Love."

JOHN PETER for THE SUNDAY TIMES says Andrew Lloyd Webber "romps home with his best work since Cats and his finest piece of musical theatre ever". 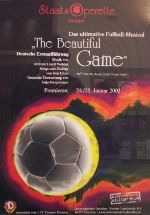 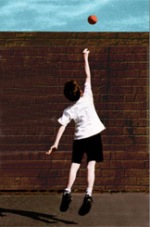 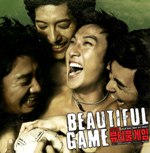 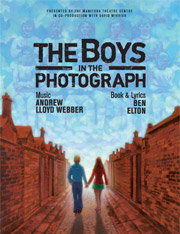 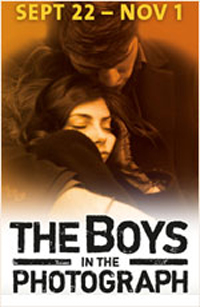 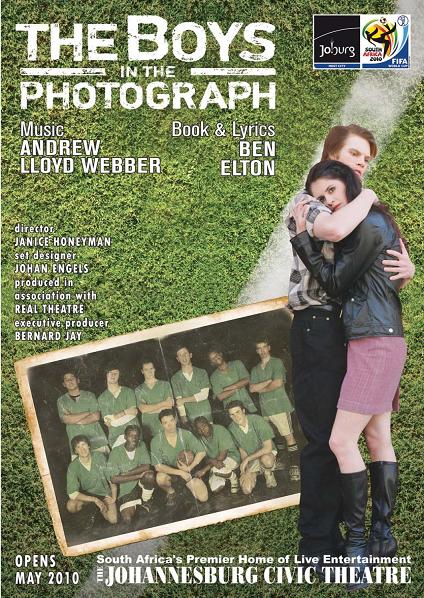 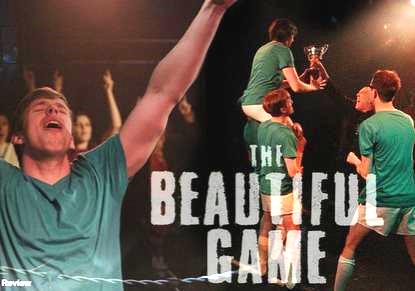