Everything that can go wrong will go wrong in Seth Rudetsky and Jack Plotnick's Disaster!, a raucously silly spoof of the 1970's favorite breed of blockbuster - the disaster movie. Ramping up the cheese to dangerous levels, this jukebox musical soundtracks the ever-escalating action with some of the decade's smoothest numbers, including 'Signed, Sealed, Delivered I'm Yours' by Stevie Wonder and Barry Manilow's 'Daybreak'

Disaster! takes place in 1979 Manhattan during opening night of the Barracuda, the first floating casino and discothèque in New York. The characters gather to gamble and dance, unaware of impending natural disasters, and the building's lack of safety measures compounds these catastrophes. Notably, the casino's structure was built on a fault line, which causes earthquakes throughout the show. The plot follows several characters' dynamics and interactions throughout the opening night as they deal with various plot elements reminiscent of 1970s disaster cult films such as The Poseidon Adventure and Airport 1975.

The origins of Disaster! go back to the early 1990s. While working together in 1992, Seth Rudetsky and Drew Geraci developed the concept of creating a musical reminiscent of the 70s disaster films they both appreciated. The original storyline involved the New York City blackout of 1977 and incorporated the decade’s top songs as both musical numbers and vehicles for comedy.

The concept was left largely untouched until Rudetsky was asked in 2011 to put on a show benefiting the nonprofit organization Only Make Believe. Rudetsky decided to return to his disaster musical idea for the benefit, and in the span of three months, he and Jack Plotnick revised the concept and wrote the first script of Disaster!. Major changes included widening the plot’s range. Instead of focusing on one disaster, the NYC blackout, they decided to introduce a variety of catastrophes common to the popular films of the 1970s that they had grown up watching. The benefit show successfully impressed critics, and from its success, the musical later had a nine show Off-Off-Broadway run before being made into an Off-Broadway production.

A Broadway production directed by Plotnick is slated to open in March 2016 at the Nederlander Theatre, with an all-star cast and choreography by JoAnn M. Hunter. The show is produced by Robert Ahrens, Mickey Liddell/LD Entertainment, Hunter Arnold, James Wesley and Jim Burba and Bob Hayes.

"Signed, Sealed, Delivered I'm Yours" by Stevie Wonder
"Torn Between Two Lovers" by Mary MacGregor
"Feelings" by Morris Albert
"Knock on Wood" by Eddie Floyd
"He Ain't Heavy, He's My Brother" by The Hollies
"Alone Again (Naturally)" by Gilbert O'Sullivan
"Don't Cry Out Loud" by Elkie Brooks and Melissa Manchester
"I Am Woman" by Helen Reddy
"Daybreak" by Barry Manilow
"25 or 6 to 4" by Chicago
"Still the One" by Orleans
"Sky High" by Jigsaw
"Hot Stuff" by Donna Summer
"I Will Survive" by Gloria Gaynor
"All Right Now" by Free
"That's the Way I've Always Heard It Should Be" by Carly Simon
"A Fifth of Beethoven" by Walter Murphy
"Muskrat Love" by the Captain and Tennille
"Feels So Good" by Chuck Mangione
"Without You" by Harry Nilsson
"I'd Really Love to See You Tonight" by England Dan and John Ford Coley
"You're My Best Friend" by Queen
"When Will I Be Loved" by Linda Ronstadt
"Three Times a Lady" by the Commodores
"Hawaii Five-O" by the Ventures
"Theme from Mahogany (Do You Know Where You're Going To)" by Diana Ross
"Saturday Night" by the Bay City Rollers
"Never Can Say Goodbye" by The Jackson 5
"Nadia's Theme" by Barry DeVorzon
"Mockingbird" by Inez & Charlie Foxx
"Knock Three Times" by Tony Orlando and Dawn
"Hooked on a Feeling" by Blue Swede
"Ben" by Michael Jackson
"Call Me (Come Back Home)" by Al Green
"Reunited" by Peaches and Herb
"Do You Wanna Make Love" by Peter McCann
"Baby Hold On to Me" by Eddie Money
"Come to Me" by France Joli

Ted Scheider: A professor and "disaster expert" who tries to warn the others of the impending doom.
Tony Delvecchio: The deceitful owner of the casino. He is preoccupied with his love affair with Jackie.
Chad: A flirtatious caterer at the casino who was previously engaged to Marianne.
Scott: Friend of Chad's and also a caterer at the casino.
Marianne: Reporter and ex-fiancee of Chad. She left him to pursue her career.
Jackie: Lounge singer and mother. Tony is her love interest.
Ben & Lisa: Jackie's identical twins.
Levora: One-hit wonder hoping to make it big in the casino as a headliner.
Sister Mary: A nun with a gambling addiction.
Maury: The devoted husband of Shirley.
Shirley: The wife of Maury. 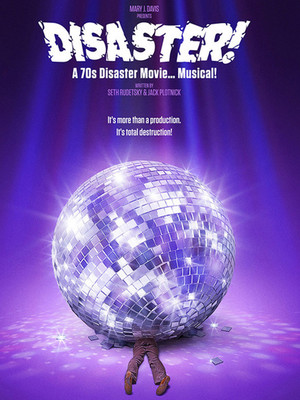 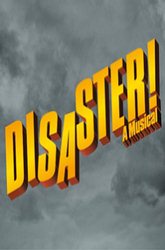