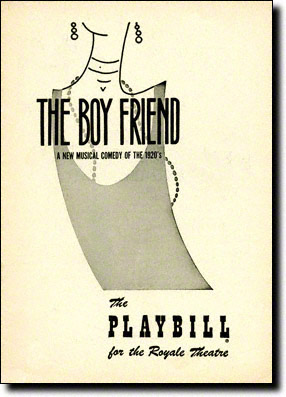 Type de série: Recréation
Théâtre: Her Majesty's Theatre (Londres - Angleterre) Durée : 3 mois 1 semaine Nombre : 122 représentationsPremière Preview : InconnuPremière : Tuesday 21 October 1980Dernière : Saturday 31 January 1981Mise en scène : Diane Cilento • Chorégraphie : Noel Tovey • Producteur : Avec : William Squire (Gideon Bloodgood), Michael Carter (Badger), Helen Cherry (Mrs Fairweather), Susannah Fellows (Lucy Fairweather), Richard Walsh (Paul Fairweather), Royce Mills (Edwards), Jane Wymark (Alida Bloodgood), Mark Livingstone (Frank Grimes), Shaun CurryCommentaires : Dion Boucicault’s play of dastardly doings and retributions was adapted from the French “Les pauvres de Paris” and was first presented in New York in 1857 under the title “The Streets of New York”. When Boucicault returned to England it was performed as “The Streets of Liverpool” and then changed its title according to whichever town it was performed in on its way to London. The play mixed melodramatic spectacle and social observation to become a Christian sermon in which the audience was encouraged to give to the poor on their way out of the theatre. Even in its earliest form it was accompanied by music-hall type songs
This new musical version originated at the Theatre Royal, Stratford East for a three week season in March, and then was much re-written and enlarged for its West End run. In its original 1864 London production the sensation was the scene of a burning house with a real fire-engine and real horses on stage. This scene worked well on the small East London stage, but seemed rather feeble on the vast expanses of Her Majesty’s Theatre. The show was praised by the critics but failed to run very long.