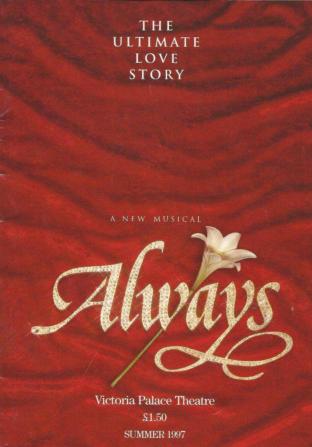 LYN GARDNER of THE GUARDIAN is not impressed either, saying the show lacks "anything approaching a good tune." and in reference to the 28 scenes in the show, goes on to say " The authors appear to have imagined that they were writing a movie not a musical." There is a luke warm response from

CHARLES SPENCER of THE DAILY TELEGRAPH, "It's not that bad. But it must emphatically be added that it's no that good either.' he then goes on to say the production is "slick but hollow" and concludes "I fear the show's run is doomed to be a deal briefer than Edward VIII's reign."

BILL HAGERTY of THE NEWS OF THE WORLD describes the show has having, "insipid songs, unimaginative choreography and dialogue."